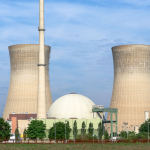 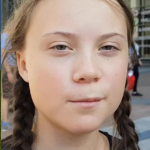 Share this… Facebook TwitterThe Green New Deal in Europe is quickly turning into a House of Horrors One excellent site with all the late latest energy crisis developments in Germany and Europe is Blackout News here. Here are some of the more notable headlines of the past week: Europe’s largest aluminum plant cuts production by […] 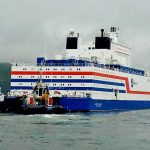 As Germany’s Green Dream Becomes A Nightmare, Asia And Russia Power Ahead With Nuclear Power

Share this… Facebook TwitterAsia goes nuclear while Europe goes bust By Fred F. Mueller During the past few decades, a quiet but all the more important divergence has begun to evolve between Asia und Europe: their respective attitudes towards climate change and nuclear energy. In their crusade against what they perceive as a looming climate […] 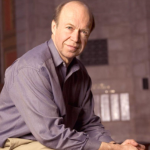 Share this… Facebook TwitterPresident Donald Trump gave remarks at the “Unleashing American Energy” event. If there are still any lingering questions as to the president’s commitment to dumping the Paris Accord, they can now be laid to rest for good. In his remarks at an event also attended by both energy executives and trade unionists, the […]

Share this… Facebook TwitterAs the reputed world leader in green energy policy, Germany plans to eliminate nuclear power as an energy source in the next 5 years. A 2011 decision to phase out nuclear power by 2022  has meant that renewables like wind and solar power are expected to swiftly take the place of nuclear energy on […] 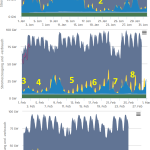 Share this… Facebook TwitterIt’s a good thing Germany still has a lot of conventional power supply from coal and nuclear on line. Otherwise the entire country would have blacked out this morning during the partial eclipse of the sun. Conventional fuel saved the day. As the following diagram depicts, there was almost no wind output […]

BP 2035 Outlook Foresees Only 8% Renewable Energy By 2035! No End In Sight For Fossil Fuel Growth!

Share this… Facebook TwitterOne of the biggest miscalculations that the global warming alarmists have made is claiming that global CO2 emissions must reach their peak by 2020 and then begin falling rapidly. If they don’t, there will be no chance of reaching the 2°C maximum warming target. Planetary catastrophe will ensue, the alarmists claim. British […]

Share this… Facebook TwitterSo much for Germany’s transformation to “green” energies. Germany’s Bun­desnet­za­gen­tur (Federal Network Agency for Electricity, Gas, Telecommunications, Post and Railway) is the federal authority overseeing and regulating the German electrical power grid, among other networks. At its site it has a link to an expert assessment report that analyzes the needs of and risks […]

Obama Plan Will Have Miniscule Global Impact…Der Spiegel: CO2 Will Keep Rising 1.1% Annually For Next 20 Years!

Share this… Facebook Twitter[Note: The report at Spiegel is one that comes from the DPA German news agency.] The online Der Spiegel writes how global CO2 emissions are projected to keep rising strongly, 1.1% annually, at least until 2035 – thanks to strong economic growth in emerging countries like India and China. Obama’s newly announced actions to […]