Share this… Facebook TwitterMore bad news for the catastrophe-insisting climate alarmists who claim 95% of climate change is due to 0.04% trace gas CO2. Yet another prominent scientist, this one a big-league heavy hitter, has expressed serious doubt on CO2’s sole dominance during a recent interview. The once much ballyhooed consensus keeps falling apart. Professor Wolfgang Baumjohann, […]

Judy Curry: IPCC Might Have Outlived Its Usefulness – Climate Scientists Have Lost Touch With The Public

Share this… Facebook TwitterOilprice.com has conducted a very interesting interview with the well known climatologist Judith Curry, who runs the excellent Climate Etc. blogsite. You’ll recall that Professor Curry was once a staunch AGW proponent. Later the scientific evidence cooled her down to lukewarm. The interview is balanced and readers may be interested in reading […]

Share this… Facebook TwitterLast week parts of Germany’s media were reporting on the latest (again) alarmist findings of the Max Planck Institute (MPI), which announced that the Arctic was melting faster than expected, and that its latest model scenarios projected an ice-free Arctic in the summertime by the middle of the 21st century and, should CO2 emissions continue […]

EU Emissions Law: Will The EU Be Allowed To Boss The Rest Of The World Around?

Share this… Facebook TwitterIt’s not a well known fact but it’s pretty much just the EU and a few other activists scattered across the rest of the world who are supporters of forcing CO2 emissions reductions through binding greenhouse gas emission treaties. Indeed about 86% of the world opposes binding, Kyoto-type treaties, and so disagree with […]

Share this… Facebook TwitterDonna Laframboise attended the 4th International Climate and Energy Conference in Munich, Germany last November, and granted an interview with Achgut.TV here. Die kalte Sonne 3 from Tim Maxeiner on Vimeo. We know that one third of the 34 authors of the IPCC summary report are connected to either Greenpeace or the […]

Share this… Facebook TwitterGerman veteran meteorologist Klaus Eckhart Puls writes a piece at the European Institute for Climate and Energy (EIKE) on what he calls the “glaring contradiction between IPCC prognoses and reality”. Rather than increasing 0.2°C per decade, global temperatures over the past decade have actually declined. Warmist Max Planck Institute now in a […] 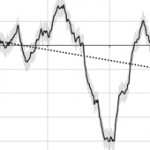 Share this… Facebook TwitterWarmist Spiegel journalist Axel Bojanowski presents today a story on Peter Gleick’s Fakegate scandal and on what it means. In a nutshell: climate science is far from settled and there is a bitter war waging between the skeptics and alarmists. Consensus does not exist! Climate scientist pilfers secret documents from a lobbyist […]

600,000 Households In Germany Without Power – “Increasing Energy Poverty Is Alarming”

Share this… Facebook TwitterHere’s Germany’s solution to saving energy and reducing its carbon foortprint- make electricity affordable only to a few rich people! German online DIE WELT daily has an article titled: Hundreds Of Thousands Have Had Their Power Turned Off. Germany’s power and gas has become so expensive thanks to its Renewable Energy Feed-in […]

Share this… Facebook TwitterAlthough Peter Gleick confessed almost 2 days ago to stealing and leaking documents designed to damage the Heartland Institute and others, one of Germany’s leading warmist climate blogs continues to ignore it and is still actively spreading rumors about them. About 12 hours after Anthony Watts’s story Breaking: Gleick confesses appeared, Klimaretter.de went ahead […]

Share this… Facebook TwitterDutch scientist and chemical engineer Dr. Arthur Rörsch has distributed a working paper to Dutch officials in his country to request a comprehensive review of the results and recommendations of the IPCC, especially its upcoming 5th assessment report.H/t: http://www.kaltesonne.de/?p=926: In his paper Rörsch, former vice-president of the Netherlands Organisation for Applied Research, […]

How Skeptical Is Germany’s Next President? Joachim Gauck Shows Some Encouraging Signs

Share this… Facebook TwitterNow that Christian Wulff has resigned in disgrace from the office of President of Germany in the wake of a scandal, a new nominee has been found: former pastor and anti-communist  Joachim Gauck. He is expected to be appointed easily. If you’re like me, the question that comes to mind is: How skeptical is […]