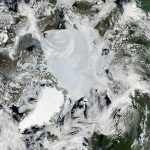 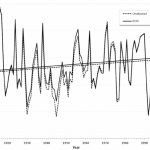 Share this… Facebook TwitterScience journalist and geologist Axel Bojanowski at the online German Spiegel news weekly comments on the drive by activists to proclaim an “Anthropocene” age because they claim that man has so much altered the planet and is adding a new geological layer in doing so. It all stems from accusations that man has […] 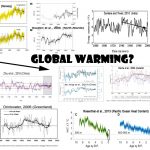 Share this… Facebook Twitter  We are told the globe is rapidly and dangerously warming, and that this rapid and dangerous warming has been predominantly caused by the steep rise in anthropogenic CO2 emissions that began about the mid-1940s. We even have a widely-recognized “hockey stick” graph of the Northern Hemisphere — created by Michael Mann in […] 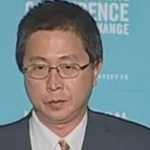 At 20% Below Expectations, Bavarian Wind Park Disappoints Its Small Investors

Share this… Facebook TwitterAt BR Bavarian public broadcasting here, Judith Zacher writes how the Zöschingen wind park has lost the air under its wings and has disappointed investors. At the time it opened in 2013, it was Bavaria’s largest citizens-operated wind park. But the BR writes that “there’s not enough wind and the financial expectations […] 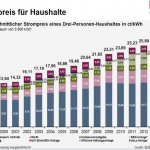 Share this… Facebook TwitterYesterday the online German news weekly FOCUS here wrote an article that is certainly more bad news for Germany’s electricity consumers, who are already paying among the highest rates in the world. One of Germany’s major power grid operators, Tennet, announced it is “massively increasing power grid fees” and that “power is going […] 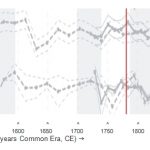 Share this… Facebook TwitterLand area gains despite sea level rise: coastal areas have grown 13,500 sq km over past 30 years By geologist Dr. Sebastian Luning and Prof. Fritz Vahrenholt. (German text translated/edited by P Gosselin) On August 25, 2016 there was in Nature Climate Change a small wonder was observed. A team of scientist […] 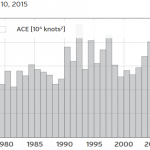 Share this… Facebook TwitterAtmospheric research scientist Dr. Philip Klotzbach at Twitter here tweeted a chart showing that accumulated cyclone energy (ACE) has not risen at all in 30 years, despite earlier massive hype and hollering by climate scientists and media, who insist “man-made” global warming is causing more frequent and intense cyclones. In fact Klotzbach’s plot […] 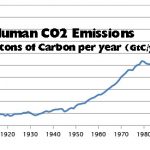 Share this… Facebook TwitterNew Paper: From 1992-2014, There Was A Pause In CO2’s Influence On Temperature “Monthly variations of the areal averaged atmospheric and surface greenhouse effect parameter anomalies (Gaa and Gsa) from 1979 to 2014 for the (a) globe” Between the years 1992 and 2014, anthropogenic CO2 emissions rates grew by 65%, or from a yearly […]