Share this… Facebook TwitterUPDATE: Reader ES provides a link shedding more light into the story. Apparently the Aurora Australis broke mooring during a blizzard and ran aground (on ice?) and DID NOT GET TRAPPED IN ICE. http://www.antarctica.gov.au/news/2016/aurora-australis-successfully-refloated =================================== Schneefan at German skeptic site wobleibtdieerderwaermung.de here writes about how yet another ice-breaker has gotten stuck in summertime […]

Share this… Facebook TwitterTo understand today’s Green Movement, it is necessary to go back almost a thousand years in history. Prominent television producer and director Martin Durkin does precisely just that in his outstanding recent essay: NAZI GREENS – An Inconvenient History, where he writes of the movement’s “gushing idealization of ‘Nature’”. Makes us wonder […] 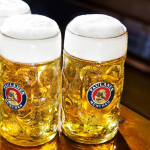 Share this… Facebook TwitterOver the past couple of days an “explosive scandal” has erupted in Germany. Apparently traces of Monsanto pesticide product Glyphosate has been detected in 14 of Germany’s top beer brands, read background here. OMG! Greens warn of a “health danger”: Those 50,000,000 micrograms of alcohol in 1 liter of beer might contain […]

Andes Have Seen No Warming Over The Past 65 Years! Powerful Natural PDO Cycle Dominates

Share this… Facebook TwitterNo warming in Andes Mountains since 1950 By Dr.Sebastian Lüning and Prof. Fritz Vahrenholt (German translated by P Gosselin) The unpopular hiatus just keeps coming up. But climate activists are remaining defiant and continue to deny it exists. They continue to claim that temperature is rising. Yet, the scientific community has long since accepted […] 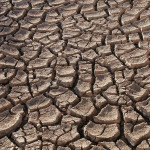 Share this… Facebook TwitterAgain today we see yet another example of why alarmist climate scientists, those with the habit of spreading doom and gloom visions, are simply not credible. Photo: Tomas Castelazo, CC BY 3.0 Spiegel science journalist Axel Bojanowski reports at Spiegel on the claim that climate change is the big factor behind the Syria conflict: […]

Share this… Facebook TwitterWhat follows below is a list of 48 scientific papers published this year alone showing that CO2 climate science is not what the press and activist scientists like to have us believe it is. Image: National Academy of Sciences logo Recently I posted here on about 250 papers published in 2015. That post […]

Share this… Facebook TwitterGerman online weather site wetteronline.de here warns that winter is set dash any hopes of an early spring in Western and Central Europe. Europeans in general enjoyed a mild winter this year. But apparently it looks like it’s set to get colder and snowier as the calendar turns to March. The site […]

Leading Expert Slams Consensus As “Anti-Science” …”When You Have Consensus, You Got Trouble!”

Share this… Facebook TwitterBecause the data behind the man-made global warming hypothesis is turning out to be so frail and flakey, we often hear the proponents claiming “97% of climate scientists agree that man is now driving the climate” as an argument. Never mind the 97% figure is a bogus one to start with. Whenever […]

Share this… Facebook TwitterA reader has brought my attention to more new papers. I haven’t found any mention of them at other sites like WUWT. Perhaps they aren’t able to get through the Gate of Willis. At any rate, just because I choose to bring them up, it doesn’t necessarily mean that I agree with […]

Share this… Facebook TwitterThe more CO2-obsessed climate scientists deny the sun’s powerful role in driving climate, the more that other serious scientists are finding out that it is in fact truly The Dominant Player in climate. The Journal of Atmospheric and Solar-Terrestial Physics here has a recent paper where scientists have found a “significant relation” between […] 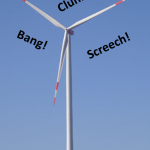 Share this… Facebook TwitterReader Kenneth has compiled and submitted a comprehensive list of some 250 peer-reviewed scientific papers from 2015 on climate, all supporting the premise that the Earth’s climate is driven in large part by natural factors. It now has been posted. Science institutes can no longer ignore massive body of scientific evidence that […]