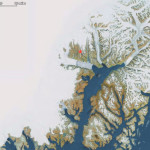 Are Glacier Earthquakes Shaking Greenland? Scientists, WaPo Seeing Only What They Want To See

Share this… Facebook TwitterBy Ed Caryl The Washington Post just published an alarmist article titled: Giant earthquakes are shaking Greenland — and scientists just figured out the disturbing reason why. The article claimed that earthquakes were caused by icebergs calving off the Helheim Glacier, and that these were increasing because of increased outflow from this […] 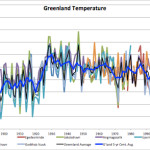 Share this… Facebook TwitterBy Ed Caryl In my last article, we discussed the Greenland ice core temperature record. In this article we will discuss the Greenland thermometer record. All the long record thermometer readings are from villages and stations on the coast. Some of these records go back to the early 1800’s, though GISTemp only […]

Share this… Facebook TwitterAnother prominent thumbs down against wind the current renewable energy craze, this one from Bill Gates. The UK online Register here reports that the technology guru is not impressed by fad renewable energies wind and sun: “Renewable energy can’t do the job. Gov should switch green subsidies into R&D“. Moreover Gates thinks […]

Share this… Facebook TwitterAlexander Wendt at www.achgut.com/ch, a policy-critical site run by leading German publicists, wrote how Hans-Joachim Schellnhuber recently boasted before journalists of the Frankfurter Allgemeine Zeitung (FAZ) how he got Pope Francis to swing over to climate alarmism in His most recent encyclical “Laudato Si”. It wasn’t through open debate. [Read here for more background on Schellnhuber.] […] 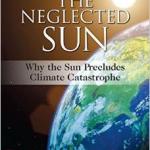 Share this… Facebook TwitterA reader recently left a comment saying he had been having difficulty getting a copy of “The Neglected Sun“, the best-selling non-alarmist climate science book showing how man-made climate change is nowhere near as serious as the IPCC wants us to believe it is. Order here now. Good news! The Die kalte […]

Share this… Facebook TwitterYesterday Ed Caryl showed us that the Greenland ice core shows there’s nothing unusual going on with our climate around Greenland. Today geologist Sebastian Lüning and Prof. Fritz Vahrenholt tells us the same for the other end of the Earth. ================================= The development of the Antarctic Sea ice before the satellite era […] 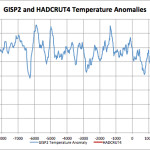 Analysis Shows Current Warming Is NOT Unprecedented …It Is Not Even “Unusual”!

Share this… Facebook TwitterUPDATE: New paper: http://hockeyschtick.blogspot.de/2015/06/new-paper-shows-n-greenland-was-warmer.html ===================================== By Ed Caryl The climate calamity crowd claims that the warming we experienced in the Twentieth Century is unprecedented… it has never happened before in human history. Because we didn’t have thermometers until about 300 years ago, and even then records exist from just a few locations, […]

Share this… Facebook TwitterJournalist Jan Grossarth of flagship political daily Frankfurter Allgemeine Zeitung (FAZ) says it all in just the first sentences of his recent online commentary here: Where the Pope errs The Pope’s Encyclical is chock full of criticism and anti-liberal distortions. The good of the industrial present hardly gets mentioned.” This is quite a […]

Share this… Facebook TwitterThis Vatican site here teaches Catholics the 10 Commandments of God. Yet, on topics of energy and climate, the Pope’s latest Encyclical arguably serves to incite many of the world’s citizens and powerful institutions to violate 3, if not 4, of these Holy Commandments. On the subject of climate science and energy, the overall […]

Pope’s Negligent Rush To Flawed Judgment: ‘Laudato Si’ Based Solely On Alarmist Side

Share this… Facebook TwitterA reaction to the Pope’s encyclical has been published at climate science critical site: Die kalte Sonne. ================================= What does the pope know about our climate? By Uli Weber [Translated/edited by P Gosselin] In his encyclical‚ Laudato si, Pope Francis worries about our “common home”, and fundamentally he is not incorrect here. Under […]

Europe Weather: “Thing Of The Past” Now A Thing Of Summer …Snow At 1500 Meters In Southern Germany

Share this… Facebook TwitterTwo days ago I wrote about the cold weather that’s been gripping Germany and Central Europe. Well, things are about to get worse early this weekend, and not better. The online Munich-based Abendzeiting (Evening News) here reports the latest weather forecast of frost and snow that are set to hit Germany – […]