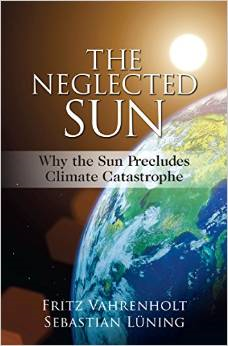 A reader recently left a comment saying he had been having difficulty getting a copy of “The Neglected Sun“, the best-selling non-alarmist climate science book showing how man-made climate change is nowhere near as serious as the IPCC wants us to believe it is.

Good news! The Die kalte Sonne site here reports that The Neglected Sun, the English version, which sold out a few months ago, will once again be printed and available from the Chicago-based powerhouse think-tank The Heartland Institute, who have purchased the rights to the book.

The book was also translated in Polish and has been available since October 2014.

According to authors Dr. Sebastian Lüning and Prof. Fritz Vahrenholt, the book is up-to-date, cites hundreds of peer-reviewed literature and explains in easy terms why the CO2 climate sensitivity has been totally overblown and how the sun and oceans are the primary climate drivers.

They commented in an e-mail:

Detailed comparison with the palaeoclimatological development demonstrates that the climate change observed over the past 100 years is nothing new, neither qualitatively nor quantitatively. Natural climate variability is much more important than previously thought and solar activity changes and ocean cycles are some of the key drivers. It turns out that the IPCC has made major mistakes in the attribution of the 20th century warming which leads to grossly incorrect radiative forcing values in the IPCC reports.”

The two authors also point to the latest UK Met Office report which shows we may be heading into a new cold phase due to low solar activity.

The two prominent German skeptics are also distrustful of NASA GISS temperature data, claiming the temperature “corrections” are “suspicious” because “they always result in amplification of the warming trend, never the opposite. Artificial cooling of the past and artificial warming of the present-day.”

What to expect from Paris

On what we can expect from Paris later this year, the two co-authors write that there will be some sort of treaty “but likely without a lot of substance and with lots of vagueness and loopholes.”

Also pick up a copy of Climate Change: The Facts: 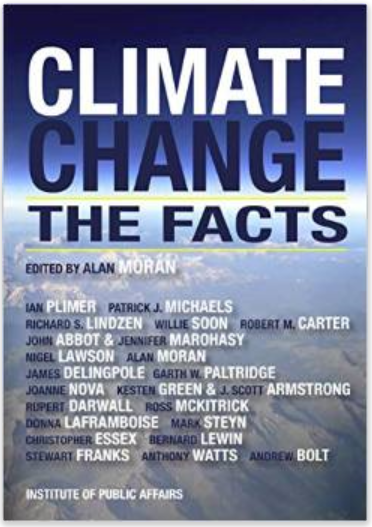