Share this… Facebook TwitterCO2 concentrations rose from 345 ppm to 398 ppm in the 29 years from 1985 to 2014. Mainstream scientists sympathetic to the anthropogenic global warming (AGW) paradigm have nonetheless reported the overall greenhouse effect forcing has been flat to declining throughout this period. 1. Cess and Udelhofen, 2003  Due to the downward […]

Share this… Facebook TwitterGerman site Alles Schall und Rauch (Everything is smoke and mirrors) here reminds us how back in 2004, “leading experts” warned the planet would likely be going down in flames by 2020! Forecast 2004 – Global doomsday by 2020 By Freeman (German text translated/edited by P Gosselin) Only three more days and […] 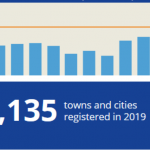 Share this… Facebook TwitterHere’s one that almost got past my radar. Last September the leftist Berliner Zeitung (BZ) here reportsed on climate hypocrisy coming from Berlin, Germany’s socialist-green city government and the city’s mayor, Michael Müller. The administration of Germany’s capital is really serious about climate change, so much so that they earnestly participated in […]

Share this… Facebook TwitterIn the last 35 months, 350 peer-reviewed scientific papers have been published containing documented evidence that undermines the popularized conception of a slowly-cooling Earth followed by a dramatic hockey-stick-shaped recent uptick, or an especially unusual global-scale warming during modern times. During 2017 and 2018, there were over 250 papers published in scientific journals […] 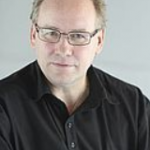 Share this… Facebook Twitter Ingolstadt-today.de here reports on Professor Dr. Jörg Wellnitz from the Technical University in Ingolstadt calling the future of electric cars a “pointless dream” and that this is an opinion shared by many other experts. Mechanical engineering professor says electric mobility “will never work”. Photo credit.  “Pointless” endeavor “The uncompromising path to […]

Merry Christmas! Thanks Everyone, For Another Successful Climate Blogging Year!

Share this… Facebook TwitterFor CO2 to be considered a driver of Earth’s temperatures, changes in CO2 that uni-directionally correlate with temperatures should not be an exceptional occurrence. Yet a causal link from CO2 radiative forcing to temperature changes could hypothetically be inferred for just 2.6% of the last 425 million years. A detailed analysis (Davis, […]

Share this… Facebook TwitterGerman evolutionary biologist and physiologist Prof. Dr. Ulrich Kutschera told in an interview that “CO2 is a blessing for mankind” and that the claimed “97% consensus” among scientists is “a myth”. Hat-tip :Die kalte Sonne. Evolutionary biologist Prof. Dr. Ulrich Kutschera. Source: ResearchGate.  97% consensus claim “untenable”  Kutschera, who has authored over three […] 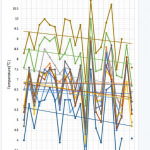 Share this… Facebook TwitterBy Kirye and Pierre Gosselin With Britain getting set to leave the climate-hysterical European Union, it probably may not have to participate in the nutty EU idea to go carbon free by 2050. Not only would going carbon-free threaten the economy and security in a profound way, but CO2 just doesn’t seem […]

8000 Years Of Zero Correlation Between CO2 And Temperature, GISP 2 Ice Core Shows – Opposite Is True!

Share this… Facebook TwitterA plot of ice core data from Greenland reveals that CO2 does not drive temperatures. At Facebook, Gregory Wrightstone posted a chart plotting atmospheric CO2 concentration reconstructed from  Dome C Ice Core versus temperature that was reconstructed from the GISP 2 Ice Core. According to global warming scientists, there’s supposed to be […]