Browse: Home / 2019 / December / 21 / UK Mean Temps For November Have Been Cooling Moderately Since 1998, And US Christmas Day Sees No Trend

With Britain getting set to leave the climate-hysterical European Union, it probably may not have to participate in the nutty EU idea to go carbon free by 2050.

Not only would going carbon-free threaten the economy and security in a profound way, but CO2 just doesn’t seem to be having the impact on Britain’s climate that the alarmists say it is.

Looking at the November data available for close to 20 stations across the UK (except for Ireland), many stations show a cooling trend. 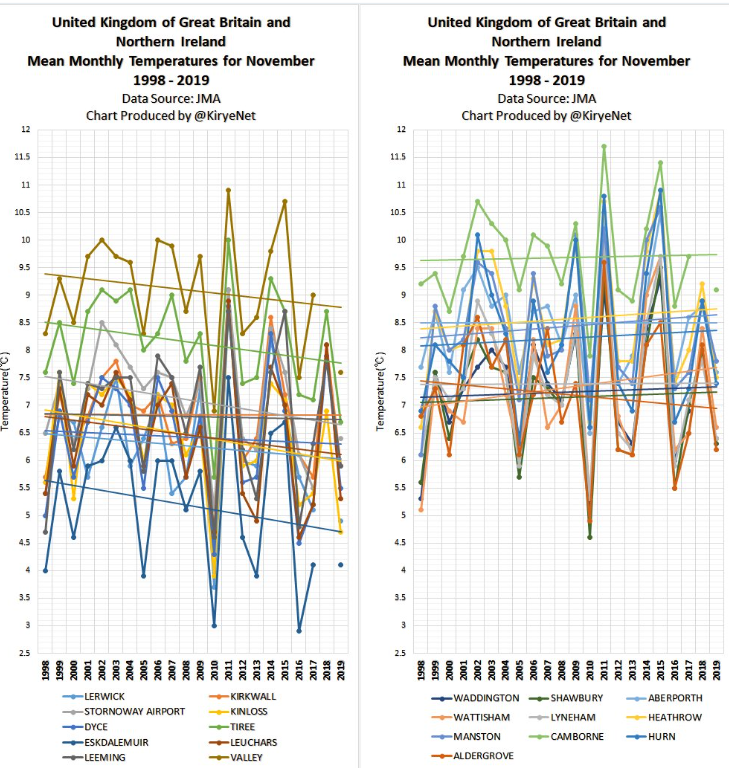 All the plots were made using data from the Japan Meteorological Agency (JMA).Overall 12 of the 20 stations plotted show a cooling trend. Taken as a whole, the UK shows no statistically significant warming since 1998 in November, meaning winters aren’t getting shorter and not much is happening climate-wise in November.

Following Europe on climate policy would bring no result and end up costing a fortune.

No Christmas Day warming trend in US

On another note, the US East coast is set to warm up just in time for the Christmas holidays this year. And already the media are getting set scream bloody climate murder.

Check out some of New York City’s balmiest Christmases:

Also what follows are the warmest recorded Christmas Day temperatures in Washington DC, according to Chris Martz: 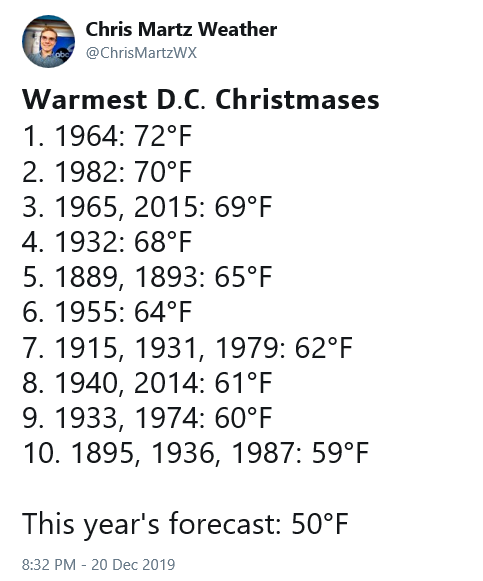 Chris Martz also plotted the Washington DC Christmas Day high temperatures, see below. Well what do you know? Is there a warming trend? 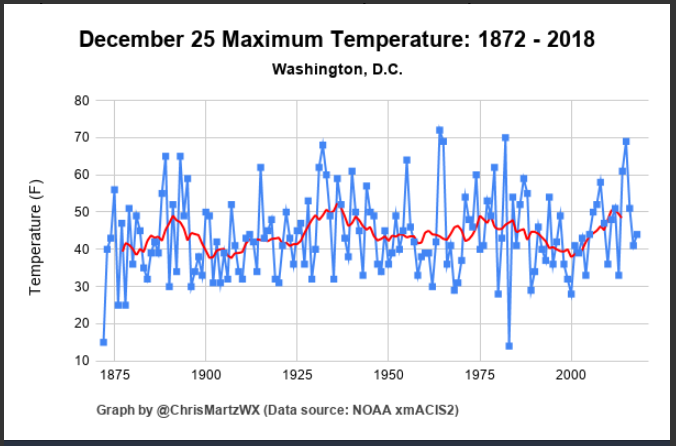 8 responses to “UK Mean Temps For November Have Been Cooling Moderately Since 1998, And US Christmas Day Sees No Trend”