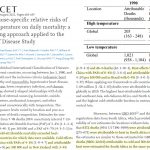 Share this…FacebookTwitterSummer snows hit northern hemisphere… Many parts of Europe have not had much a of a real summer, having seen much cool and wet weather this year. Days of snow forecast down to 2000 meters in the Austrian Alps Today the Austrian site heute.de here reports “snow flakes have colored many mountain regions of […] 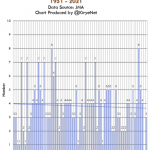 Share this…FacebookTwitterTyphoon trends contradict alarmist clai9ms made by the IPCC’s latest report By Kirye and Pierre The latest IPCC AR6 report claims there is a likely link between extreme weather events and human activity, particular so-called greenhouse gas emissions. The media wasted no time in spreading panic and magnifying hysteria. But is it true that […] 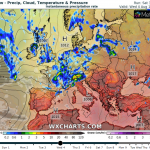 Share this…FacebookTwitterCool and wet weather expected to plague Europe into August The previous three hot and dry European summers of 2018, 2019 and 2020 led “experts” to declare  this was all the new normal for future – unless we surrender our freedom to regulatory masterminds. But no sooner was the ink of that declaration dry, […] 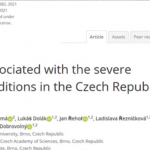 Share this…FacebookTwitterA study of Czech extreme weather fatalities show that the trend has been “significantly falling”. Most weather extreme fatalities were related to cold…less than 2% “heat related”! German climate site Die kalte Sonne reports on on new study that looked at fatalities due to weather extremes in the European landlocked country of the Czech […] 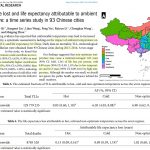 Share this…FacebookTwitterScientists have calculated the years of life lost (YLL) attributed to exposure to “non-optimum” temperatures.  It turns out that during the 2000s – supposedly the warmest years on record – people were still far more likely to die from exposure to cold temperatures than warm temperatures. The country with the largest human population has […]

Share this…FacebookTwitterOur fellow Dutch climate blogger and friend Klimaatgek writes about how cold this spring has been  in the Netherlands this year, namely April and May. Not long ago I reported how Germany had seen its fourth coldest April since recordings began in 1881. May so far hasn’t been warm either as the DWD German […] 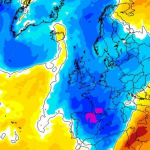 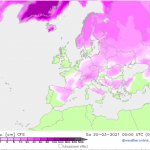 Share this…FacebookTwitterThe official start of spring comes this weekend. But you wouldn’t know it looking out the window in many places. Hat-tip: Snowfan The CFSv2 predicts a continuous snow cover from Siberia over Eastern and Central Europe to Spain for the calendrical beginning of spring on March 20, 2021 and days beyond. It’ll be pure […]

Share this…FacebookTwitterEarlier this year in spring, the WMO and others warned of another record hot summer and drought. The German media went bonkers in response warning that 2020 could even be hotter and drier than the 2018 and 2019 summers. But now that the meteorological summer (June 1 – August 31) has ended, the data […]