Share this… Facebook TwitterThe IPCC’s tone, amplified by the media, speaks volumes: With its latest report, the UN organization is attempting to incite and lead a global coup d’état – with the main focus on Europe and North America. Predictably the media in Germany are reporting today on the release of the IPCC’s Working Group II […] 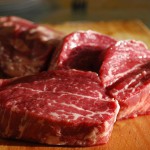 Share this… Facebook TwitterIt’s no secret many vegetarians are also radical environmentalists and climate alarmists who are overly obsessed and hysterical about the planet burning up. Perhaps the University of Graz in Austria has discovered one reason why: their “unhealthy” diet. Study shows that big meat-eaters are healthiest. Photo credit: Alpha, Creative Commons Attribution-Share Alike 2.0 […] 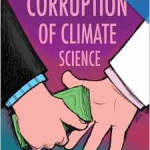 Share this… Facebook Twitter“Uncovering deceptions in the climate change debate For more than a decade, the Heartland Institute has tried to explain to the public, in courteous terms, that the idea of a human-caused global warming catastrophe is a delusion, and that its proponents should not be allowed to waste the world’s economic resources through […]

Share this… Facebook TwitterRudolf Kipp at the skeptical website Science Skeptical here writes about one of the incredible (but very real) absurdities of Germany’s “EEG” renewable energy feed-in act, which forces power companies to buy all green power that gets produced, whether needed or not, and even power that doesn’t get produced. ===================================== When the wind turbine is […]

Share this… Facebook TwitterThe German online Spiegel here has a piece by science journalist Axel Bojanowski about Richard Tol quitting the IPCC in protest: “Alleged panic-making: Leading scientist leaves the head of the IPCC. The dispute surrounding the UN IPCC escalates.” Spiegel writes how Tol complains that the IPCC has “wiped away decisive formulations” from the […] 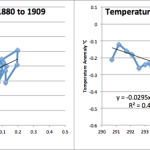 Share this… Facebook TwitterCO2 or Ocean Cycles? By Ed Caryl We are all aware (or should be) of the warming that took place from the 1970’s to the 1990’s. The calamitologists are firmly convinced that this rise in temperature was due to rising CO2 in the same period. The lukewarmists think it was a combination […]

Share this… Facebook TwitterIt turns out that because of the emissions of extraordinarily potent greenhouse gases NF3 and SF6 and energy during the manufacture of solar modules, solar energy ends up being worse for the climate than burning coal (assuming the global warming hypothesis is valid). A Swiss engineer has made a thorough analysis of the […]

Share this… Facebook TwitterAlarmists like claiming that a bit of global warming can lead to mass-scale species extinctions and even threatens the very survival of human civilization. It’s one of the media’s favorite scare stories after sea level rise and super storms. It turns out that the IPCC is now having “great doubts” about that. Yet another […]

Daily Energy From “Negligible” Solar Irradiance Variation Turns Out To Be Far More Than 400,000 A-Bombs!

Share this… Facebook TwitterRemember how alarmists say that the variation in solar irradiance was too small to have any real impact on the earth’s climate, and thus gets neglected by the IPCC? Reader GuarionexSandoval has written a comment which I’m elevating to a post, see below. It too shows that if the variation solar irradiance from […]

Posted in CO2 and GHG | 5 Responses

Rash Of Weather Extremes In 1936 …Before 15 Billion “Hiroshima Bombs Worth Of Heat” Were Added To Our Climate!

Share this… Facebook TwitterWe keep hearing from alarmists that if we sacrifice by giving up carbon based fuels and bring atmospheric CO2 concentrations below 350 ppm, then we will get nice weather with far fewer extremes – like in the 1930s. Reader Jimbo however shows that this is all bogus. Now he has compiled a […]

Posted in Drought and Deserts, Hurricanes/Tornados, We're To Blame | 5 Responses

Share this… Facebook TwitterThe alarmists at Skeptical Science put up a “Hiroshima Bomb Heat Clock” claiming that the earth’s climate system has “accumulated” over 2 billion Hiroshima bombs worth of thermonuclear heat since 1998. This heat, they say, will pop out in the future and make us all very sorry. Image cropped yesterday from Skeptical Science. Yet, […] 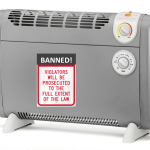 Share this… Facebook TwitterMost of us already suspect that environmentalists are dictatorial wolves dressed in the democracy sheepskin. Despite all the lip service they pay to justice and liberty, they are really all about state power and regulation. So it is with Germany’s authoritarian statists and greens, who not long ago called for the enactment […]