Share this… Facebook TwitterCold weather is forecast to remain over much of Europe for the foreseeable future. The 15-day forecast map for temperature at kachelmannwetter.com here shows what’s in store for Europe. It tells us that the continent will likely end the year on a cold note after having experienced a very warm September. Already […]

Share this… Facebook TwitterRemember how over much of the past few decades there was a broad consensus among doctors and the entire medical profession that foods high in saturated fats, like butter, chicken and eggs, boosted cholesterol and thus increased the risk of dangerous heart disease. Instead, the doctors told us, we should focus on a […] 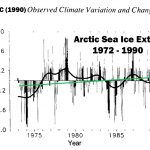 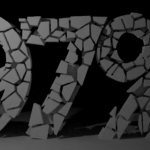 Share this… Facebook TwitterThere are a few dozen very high profile climate science skeptics/dissidents who are constantly in the cross hairs of the alarmist climate  activists, and Marc Morano is certainly near the top of the list among them. Leading climate science skeptic says science underpinning man-made global warming and consensus are crumbling to pieces before […]

Share this… Facebook TwitterHere at this blog I’ve written often over Germany’s wind energy follies and the mounting opposition to the construction of wind parks. In fact over 300 citizens initiatives against wind energy have sprouted across Germany alone so far. The reasons for the exploding resistance are many and include destruction of forests, death […]

Share this… Facebook TwitterAs the reputed world leader in green energy policy, Germany plans to eliminate nuclear power as an energy source in the next 5 years. A 2011 decision to phase out nuclear power by 2022  has meant that renewables like wind and solar power are expected to swiftly take the place of nuclear energy on […]

Share this… Facebook TwitterUniversity of Victoria: Eurasian Cold Wave Not Influenced By Arctic Sea Ice Melt By Sebastian Lüning and Fritz Vahrenholt (German text translated/edited by P Gosselin) The climate discussion between the two different fronts had ground to a halt for a long time. Nobody wanted to or could talk to the other. Luckily […]

The Sun-Climate Connection: Over 100 Scientific Papers From 2016 Link Solar Forcing To Climate Change