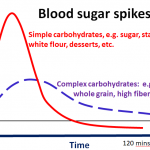 Restraint Doesn’t Work, Only A 1000% Tax On Sugar Will Help Solve The Global Obesity Health Crisis

Share this…FacebookTwitterIt’s Christmas season, and so it’s a good time to think twice about indulging in all the sweets out there. I wrote about sugar earlier, but a refresher doesn’t hurt. 10 reasons to drastically reduce sugar, and to TAX it Not about “socialism”! The latest research not only shows sugar is addictive, but how […]

Share this…FacebookTwitterCNN and the Guardian just reported on a new study suggesting meat is bad for human health (even though humans and their ancestors have been eating and thriving on it for some 3 million years). The authors also suggest that the healthy alternative is the vegan diet! Meat tax “could save 220,000 lives per year”? […]

Share this…FacebookTwitterWARNING: THIS POST CONTAINS PROFANITIES FROM TWITTER! At Twitter I ran across this young lady who announced to the public she had just ditched her vegan diet after being on it for 4 years, most of which she describes as a living hell. Ruining your health for the illusion of saving the planet One […]

HuffPo: “Vegans Have Better Love-Lives”!…And: Green Grids Still “A Ways Out In The Future”

Share this…FacebookTwitterA German online magazine specializing on trends of the future says green power grids still have a ways to go. Meanwhile a new study suggests vegans have better love lives, and that meat-eaters smell bad and have near-zero sex drive! According to German Trends of the Future, switching over to solar and wind energy […] 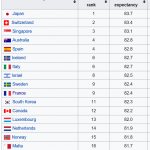 Share this…FacebookTwitterIt’s the food, stupid! Something off topic today, and intended as food for thought. It’s my infrequent post on nutrition. Yes, I also would like my readers to be healthy and happy. Stress, lifestyle, pollution are over-rated factors In western societies, when asked why so many people are getting sick with chronic diseases today, […] 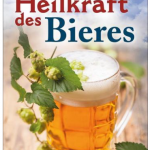 Of 152 Beers Sampled in 2017…Craft, Red Ales Made The Top Of My Favorite List

Share this…FacebookTwitterHere is something totally off topic, to kick off the New Year. When dealing with climate alarmists, sometimes something relaxing is needed at the end of the day. Beer’s healing power Last April on my birthday I got a book called “Das Heilkraft des Bieres” (The Healing Power of Beer). I was fascinated by […] 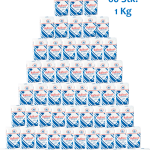 If You Want To Live, Then Run Like Hell From Sugar!

Share this…FacebookTwitter10 Reasons to drastically reduce sugar The latest research not only shows that sugar is addictive, but that it is behind the global epidemic of diabetes and heart disease. It also causes cancer, obesity, violent behavior, and hyperactivity in children. For years there existed a consensus among medical and nutritional experts that saturated fat was the […]

Share this…FacebookTwitterThere’s no doubt about it, most people today are highly confused and misinformed when it comes to proper nutrition. And when you look at the vast array of kooky food and diet fads out there, it’s clear very few people in fact understand what is really healthy. The obesity rates and chronic disease statistics tell […]

Share this…FacebookTwitterRemember how over much of the past few decades there was a broad consensus among doctors and the entire medical profession that foods high in saturated fats, like butter, chicken and eggs, boosted cholesterol and thus increased the risk of dangerous heart disease. Instead, the doctors told us, we should focus on a low-fat, high-carb […]

Share this…FacebookTwitterStraying off topic today and into the world of nutition, which is also fraught with junk science, tragedy and greed. Pepsico and a “lethal force in society” Forbes reports Pepsico CEO Indra Nooyi is not amused over Trump’s election, warning of a potential “lethal force in society“. As a result some people have reacted […] 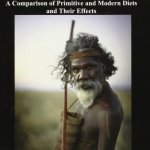 Share this…FacebookTwitter Nothing is more dangerous than bad science driven by arrogance. Readers here are very much aware of this when it comes to climate science. Yet, as surprising as it may sound, the problem of junk science is even far worse in the field of Nutrition. Book (right) available at Amazon. Recently I read a […]