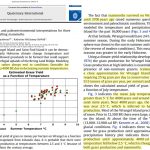 Share this… Facebook TwitterSurface temperatures needed to have been much warmer than today to supply enough grass year-round for horses and mammoths to subsist in the Arctic through the Late Holocene. Wrangel Island is located in the Arctic’s Chukchi Sea, which is covered in sea ice for all but a few weeks of the year […]

Share this… Facebook TwitterWhile today the German mainstream media attempt to shame the tens of thousands of protesters for showing up to PEACEFULLY protest the COVID-19 restrictions and the loss of freedom, independent media have been presenting real substance. One example is the following YouTube video that shows some of the speakers at the demonstration. […]

Share this… Facebook TwitterBy Die kalte Sonne How ethical is that? Read between the lines, the younger generation is threatening the older ones to flood them with corona and eventually kill them if the older ones do not bow to the climate alarm. A thoroughly immoral proposal. Is this already blackmail or just the thought […] 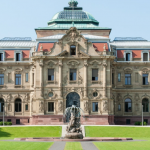 Share this… Facebook TwitterDuring the last Grand Solar Minimum (17th century), global surface temperatures dipped to the coldest of the last 10,000 years – about 1.4°C colder than today. Dr. Zharkova, an astrophysicist, has determined another imminent drop in solar activity will lead to a 1°C cooling in the coming decades. From 1645 to 1710, […]

Share this… Facebook TwitterThe city of Berlin has taken another step towards shutting down the fundamental rights of German citizens. Earlier today the city’s socialist-green administration announced it was cancelling this coming Saturday’s planned anti-Corona restrictions demonstration, where tens of thousands were expected to turn out and protest. Rights not “temporarily restricted” In a press […] 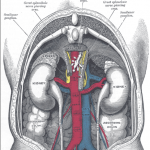 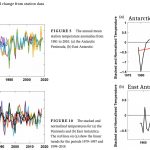 Share this… Facebook TwitterEcological conditions for 3 temperature- and sea ice-sensitive species show the sub-Arctic North Atlantic has been cooling and gaining ice since 1940. In recent months, several scientific publications have documented a dramatic cooling trend in the subpolar North Atlantic, with temperatures plummeting 2°C since 2008 (Bryden et al., 2020) or -0.78°C per […]

Share this… Facebook TwitterOn August 20th, German Chancellor Angela Merkel met with Greta Thunberg, the post-puberty teenage climate activist who has yet to finish high school, get a college degree, move out of the house – let alone gain any work experience – but believes she is supremely qualified to tell everyone how the planet […] 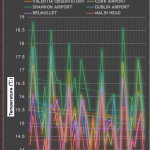 Greta’s Own Sweden Has Been Cooling In July Since 1997! Same Results In Finland And Ireland

Share this… Facebook TwitterBy Kirye and Pierre Gosselin The media like saying summers have been getting hotter, especially Europe. So Today we look at the Japan Meteorological Agency (JMA) July data that go back at least 20 years in Ireland, Sweden and Finland. According to the climate crisis believers, mid summer there is supposed to […]

Share this… Facebook TwitterLow pressure system “Jantra“ is about to bring an early preview of fall across Central Europe as it readies to sweep in cold, wet weather.  Hat tip: Snowfan The following NOAA GFS chart shows the accumulated amount of precipitation analyses for Europe from now until September 1st in millimetres of rain: Source: […]

Share this… Facebook TwitterClouds dominate as the driver of changes in the Earth’s radiation budget and climate. A comprehensive new analysis suggests we’re so uncertain about cloud processes and how they affect climate we can’t even quantify our uncertainty.  According to scientists (Song et al., 2016), the total net forcing for Earth’s oceanic atmospheric greenhouse […]