While today the German mainstream media attempt to shame the tens of thousands of protesters for showing up to PEACEFULLY protest the COVID-19 restrictions and the loss of freedom, independent media have been presenting real substance.

One example is the following YouTube video that shows some of the speakers at the demonstration. Among them was international attorney Dr. Reiner Fuellmich who has 26 years of experience going after corporate fraudsters (Video 00:54 to 8:48).

According to Fuellmich, the German government, “including all opposition parties”, are abusing their power, but there are reasons for optimism. Over the last 6 weeks, Fuellmich and a group of experts have been examining the COVID “scandal” carefully. Among the factors they’ve examined are the real danger posed by the virus, how reliable the PCR tests are, and the “collateral damage” that the COVID-19 measures used by the government are.

Fuellmich and his group of experts have found that COVID-19 is “no more dangerous than a flu and that there has been no excess mortality”.

“However, the anti-Corona measures have led to the most massive health damage – of both psychological and physical nature – and devastating economic damage,” he told the audience. All of it based on a faulty test.

Fuellmich said that the PCR test developed by Professor Drosten of Berlin’s Charité Hospital “is not only unsuitable, but here it is not even approved for diagnostic purposes.”

The test, Fuellmich says, has been checked over by other leading experts internationally and has been found to produce meaningless positive results. The test is so false that Fuellmich calls it fraudulent and that persons incurring damages from its use are entitled to compensation for damages according to California and German law.

“For this reason, a number of German and international colleagues have sort of banded together in order to compensate for these damages caused by those responsible,” said Fuellmich. “These responsible persons are not only, among others, Drosten of Charité and Wieler of the RKI, but also the WHO – who was the first to recommend the German test and so it being marketed in the USA.”

This, says Fuellmich, will put the US justice system in motion and cause great panic among those behind the faulty test.

Overall, the primary claim made by the demonstration organizers is that the COVID-19 “pandemic” was over-hyped and that it is still being misused to spread needless angst among the citizens to get them to surrender their liberties. The latest figures bear that out.

Although the number a new cases has risen over the past few weeks, something the media has been trumpeting loudly, the number of deaths has long since flat-lined. 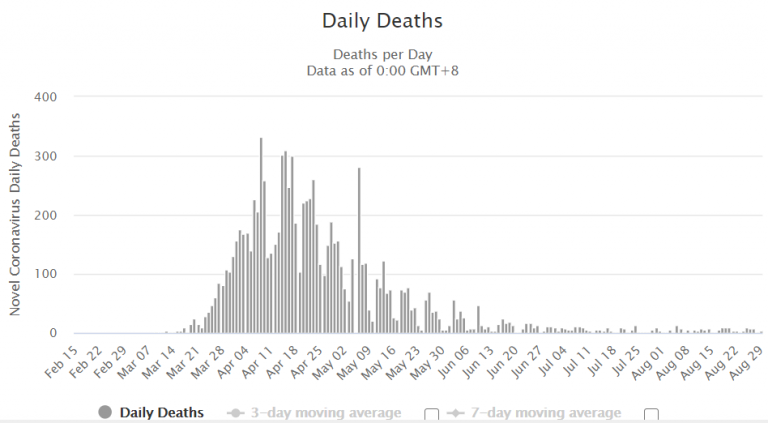