Share this… Facebook TwitterIt wasn’t long ago a PNAS study led by Stefan Rahmstorf had come out claiming sea level rise is “accelerating”. This of course was followed by the mainstream media jumping on the global warming bandwagon and trumpeting doom and gloom would strike sooner than we ever thought, maybe even before we die. […]

Share this… Facebook TwitterProf. Claes Johnson’s blogsite here reports on how an IPCC Vice Chair recently used his UN position to suppress scientific dissent and discourse. Hat-tip: Hans Labohm.Johnson, professor of applied mathematics at the Royal Institute of Technology in Stockholm, had been asked by the Société Européenne des Ingénieurs et Industriels (European Society of Engineers […]

Nestlé CEO: Biofuels Have “Returned Hundreds Of Millions Back To Extreme Poverty”

Share this… Facebook Twitterh/t: Dirk H Note how the reporter is upset about people going out in the storm when he himself is outside right smack in it. Then again, the winds are only 50 mph (and not the 500 mph the media was telling us yesterday :)). I noticed the report is from “The […] 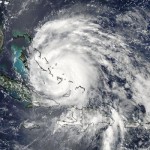 Share this… Facebook TwitterIrene is the first hurricane to hit the US mainland in almost 3 years since Ike hit back in September 2008. So much for global warming causing more hurricanes. In fact, if no hurricanes had hit the United States this year, it would have been the longest lull between U.S. hurricane landfalls in recorded history, […]

German Reaction To CERN Project: Stubbornness And Dismissiveness – To The Bitter End

Share this… Facebook TwitterHere is a sampling of the media reaction coming from Germany on CERN’s cosmic ray cloud seeding experiment. Normally the German mainstream media is quick to report on new scientific developments, especially anything indicating catastrophic global warming. But this time they have been slow and cautious. FOCUS magazine online starts with: Climate skeptics […]

Share this… Facebook TwitterA recently released BP report here shows that global coal consumption has risen over the last 10 years by almost 50%. So wouldn’t you think that all those millions of tons of emitted CO2 (food for plants) as a result would drive the global temperatures up? Have temperatures risen along with all that extra coal […] 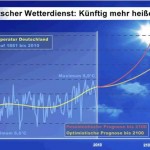 Share this… Facebook TwitterSolar panels, electric cars, windmills, biofuels – It’s all been ballyhooed as the next socio-technological revolution. One that would transform our energy supply and ensure “sustainability”, thus saving the earth from climate doom. “Go green” was the motto.All that was needed was a little help from the state. Now it looks as if […]

Greenpeace Copenhagen Gatecrashers Convicted – Fret They Are Being Persecuted

Share this… Facebook TwitterHere’s something you won’t find in the MSM, but thanks to NoTricksZone, a few of us out there will hear about it. (Just imagine if they had been tea-partiers).It’s official: Some of Greenpeace’s members have found guilty. Eleven activists from Britain, Denmark, the Netherlands, Norway, Spain, Sweden, Switzerland and the United States were […] 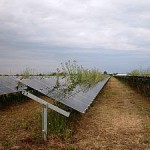 Share this… Facebook TwitterI’ve been writing lately on the folly that is the Green Economy, citing a number of examples here in Germany, read here for example. Walter Russel Mead at The American Interest has a must read on how the once much ballyhooed Green Jobs Initiative stands in the USA today. It isn’t pretty. Feeding […]