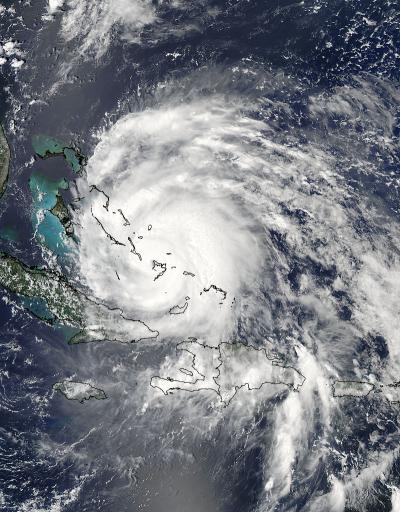 Irene is the first hurricane to hit the US mainland in almost 3 years since Ike hit back in September 2008. So much for global warming causing more hurricanes.

In fact, if no hurricanes had hit the United States this year, it would have been the longest lull between U.S. hurricane landfalls in recorded history, this according to data from the National Oceanic and Atmospheric Administration NOAA.

But that hasn’t stopped the disaster-craved German media from splashing huge block-letter headlines of Irene on the front pages, warning of an “unprecedented event”, a monster scale Armageddon, etc. Call them schadenfreude-junkies. They’ve been waiting 3 years for a fix.

Yesterday German media hopes of a huge hurricane disaster were once again boiling with life. Like the glory days of Katrina. What follows are just a few samples of German media headlines / excerpts (emphasis added).

President Obama warns of an ‘extremely dangerous storm’  and has interrupted his vacation: With 175 km/hr wind speeds Irene threatens a number of large cities on the US coast, tens of thousands of people are fleeing. Meteorologists are measuring the hurricane with air crafts. Their data are alarming.

The Big Apple itself is threatened with more than 100 billion dollars in damages; in low-lying areas like Manhattan hospitals and retirement homes have been evacuated.”

In the storm’s interior, inferno conditions: The wind near the eye is at 175 km/h; thus the hurricane has reached category 2 or 3 on the 5-category scale.”

Irene is on course for New York: airports are closing, public transportation is shutting down. The mayor is preparing the the citizens for the worst.”

‘If you get an order to evacuate, please heed it’, the President added. The hurricane has to be “‘taken seriously’. All previous information say that it is going to be a “historic hurricane’.”

Hurricane Irene has put millions of people on the US coast in a state of fear  – destructive wind gusts and storm surges threaten. A state of emergency has been called in metropolitan New York. The Monster Storm could steer directly for the city and trigger a historic catastrophe!”

Hurricane expert Bernard expects that Irene will be scaled up to  category 4 during Friday. If the storm does not weaken again, then it would cause extreme damage to buildings with winds of 210 to 249 km/hr.”

FOCUS: Hurricane Irene Grows To The Size Of Europe

Millions of Americans are fleeing: hurricane Irene is approaching the east coast. Already the storm has reached about the size of Europe. Due to the immense threat, New York has ordered an unprecedented mass evacuation.

Obama warns of a ‘historic hurricane’.”