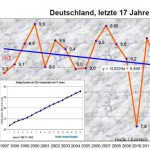 Share this… Facebook TwitterThe preliminary numbers for August’s weather are coming in from some countries. For western Europe the picture is becoming clear: August was cold and wet, with strong notes of winter. Germany: 1.5°C cooler than normal, snow Germany’s Deutsche Wetterdienst (German Weather Service) reports that August in Germany, at a mean temperature of 16.0°C, […]

Share this… Facebook TwitterMedia scientist Sebastian Vehlken: climate models have developed a life of their own, where hard measured data only disrupt By Sebastian Lüning and Fritz Vahrenholt (Translated/edited by P Gosselin) Media scientist Dr. Sebastian Vehlken works on the theory and history of computer simulation, and studies crowd research and super-computing. In the radio […]

Share this… Facebook TwitterThis week the 6th Klimawoche (Climate Week) has been taking place in the German northern port city of Hamburg. The aim of the Climate Week Conference is to urge Germans to accelerate the implementation of green energies in order to curb the rapidly approaching dangerous climate warming. It is viewed as a […] 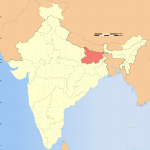 Share this… Facebook TwitterThe world’s poor are refusing to be denied affordable, reliable fossil energy – like the rest of the developed world enjoys. According to a new new peer-reviewed paper, during the last decade the world added more coal power than any decade before. A lion’s share of that increase was in developing countries, who understandably […]

Share this… Facebook TwitterThe general public is realizing that the climate data are showing nothing to be alarmed about. Depending on data study one looks at, global temperatures have stagnated 18 years (have even fallen over the last 10 years), sea level rise is decelerating, and again we are beginning to experience winters like we […] 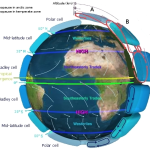 Share this… Facebook TwitterNorth Pole and South Pole Ice By Ed Caryl Why do the north and south polar regions seem to be opposites? Why is ice increasing around Antarctica, and decreasing in the Arctic Ocean? The answer lies in the other ways that these two regions are opposites. At the South Pole lies a […] 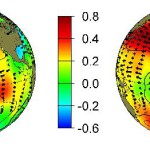 Share this… Facebook TwitterLarge scale oceanic oscillations responsible for most of the post 1980 “warming” By Joe Bastardi I think global warming is a misnomer. There is a distortion of the temperature pattern on the globe, brought about by the natural cyclical warming events of the warm PDO and warm AMO together. I spoke about this […] 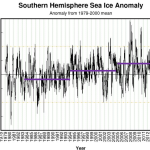 Share this… Facebook TwitterNowhere have records been falling faster than in Antarctica. And what is shocking is that these records are all tied to cooling – and not warming. Antarctica has been setting new maximum sea ice records almost daily, and never has Antarctic sea ice been so high for so long since satellite measurements […]

Share this… Facebook TwitterAn ugly pedophilia chapter of Germany’s environmentalist Green Party refused to be forgotten – and will now be dealt with through a hotline for “victims of sexual violence“. The German Greens have scrambled to keep an embarrassing reality under the carpet of history, away from the public’s view. That notorious chapter is their […]