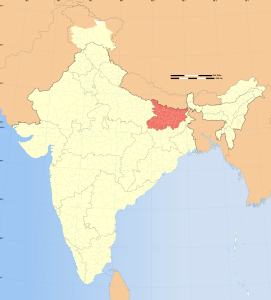 The world’s poor are refusing to be denied affordable, reliable fossil energy – like the rest of the developed world enjoys.

According to a new new peer-reviewed paper, during the last decade the world added more coal power than any decade before. A lion’s share of that increase was in developing countries, who understandably want to pull themselves out of agonizing poverty. This should be good news.

However, the opulent elite classes on the planet, which include jet-setting billionaires and Hollywood stars, are having a tough time accepting this and view it as a worrisome development. They expect the world’s underclasses to forego the blessings of cheap energy that they themselves enjoy profusely.

Fortunately the poor are flatly rejecting their demands and are refusing to return to dirt huts. They’ve waited long enough. The poor now know electric power can be produced very cheaply, is plentiful and is there for the taking, and they are now demanding unhindered access to it. Little wonder more coal power came online over the last decade in developing countries. And little wonder much more will be coming online over the next 10 years.

The article describes how a village in India had been without electrical power for more than 30 years, and longed to get back on the grid. Greenpeace decided to use the village as an example to the world to showcase how communities can do just fine on renewable energy. Greenpeace India set up a “solar-powered micro-grid” to power the village and it was paraded before the media as a success. The whole world should follow Bihar’s example, Greenpeace and renewable energy activists bellowed. The project reaped lots of praise from the global elitists, and probably won lots of awards. There, you see! That’s how it’s done!

The solar powered micro-grid is a comprehensive, first of its kind enterprise that provides electricity to more than 400 households and 50 commercial establishments. This includes 70 kW for electricity generation and 30 kW for 10 solar powered water pumping systems of three horsepower each. The 100 kW micro-grid also takes care of 60 street lights, energy requirements of two schools, one health centre, one Kisan Training Centre and 50 commercial establishments.”

However, the story does not have a happy ending. There’s only one (huge) problem: The citizens of Bihar aren’t happy with part-time modernity. India Today writes:

The residents of Dharnai are far from satisfied to see lights for the first time in 33 years, courtesy a solar-powered micro-grid set up by the environment watchdog Greenpeace India.”

The India Today article goes on to describe how Bihar citizens “want asli bijli (real electricity) from the government” and that village youngsters were carrying placards demanding “real source of energy“, and “not the fake solar powered” one.

It’s obvious: Who needs the lights in the daytime? Lights are needed at night. The problem with the Greenpeace solar micro-grid is that you can’t power the lights at night. And what good is a fridge or freezer when it can be powered only 8 hours a day? Why should a developing country settled for part-time modernity when you can have it full time, and at a price that is less than half of the part-time “fake” energy? How can you run a factory or a hospital when the power is absent 14 hours a day?

Under pressure to quell the people’s anger over having a half solution thrust upon them, and being expected to just shut up and accept it, the government “eventually promised the villagers that ‘real electricity’ would be provided to them shortly.”

India Today writes that Chief Minister Nitish Kumar has “instructed senior officials of the energy department to look into their demand for the real stuff“.

The world’s poor want asli bijli, and they aren’t going to settle for less. Hat-tip: Alex Epstein at Twitter.