Share this…FacebookTwitterClimate skeptic book “The Neglected Sun” by German scientists Dr. Sebastian Lüning and Prof. Fritz Vahrenholt is now available in paperback . Geologist George Devries Klein has published a book review at the blog of the Heartland Institute: In both my opinion and experience, this book is by far the best book I have […]

Share this…FacebookTwitterAfter a few days being crippled, it looks like we’re back on track! I haven’t checked everything, but so far it looks to be in order. Permalinks are working and readers can once again comment. Social media stud Markus S. put the NTZ house back in order and we’re even back to the original theme! Thanks […]

Share this…FacebookTwitterA new social sciences paper by Kaiser & Rhomberg on climate skepticism in Germany titled “Questioning the Doubt: Climate Skepticism in German Newspaper Reporting on COP17” has just appeared in the journal Environmental Communication. The abstract reads (my emphasis) “Despite numerous international studies on climate change, there is skepticism in the media and it […]

Share this…FacebookTwitterNote: The NTZ site remains crippled due to WordPress upgrade from version 4.2.2 to 4.2.3. New posts can only be viewed through the NTZ homepage. Reader comments function is also disabled by the recent upgrade. Sorry. It’s very frustrating for me as well. As I’m not an IT guy, nor do I have time to […] 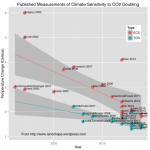 Share this…FacebookTwitterNote: The NTZ site remains crippled due to WordPress upgrade from version 4.2.2 to 4.2.3. Until the issue gets resolved new posts can only be viewed through the NTZ homepage. Reader comments function is also disabled by the recent upgrade. ========================================= At the European Institute for Climate and Energy (EIKE), retired climate scientist Hans-Joachim […]

Posted in CO2 and GHG, Models

The Mess At WordPress

Share this…FacebookTwitterThere’s a huge problem not only with my NTZ site, but it appears to have affected thousands of other sites running with WordPress. I need more time (which I don’t have) to muddle through this sh!t.  Sorry about the troubles. Sarah Gooding best describes the WordPress situation: “WordPress 4.2.3, a critical security release, was […]

Share this…FacebookTwitterGerman NTV public radio reports that solar systems are being hampered by yet another problem: Mafia plundering German solar systems. It’s turning out to be a huge problem, and NTV writes that the solar industry is keeping very quiet about it in order avoid negative publicity. NTV describes how thieves equipped with just a […] 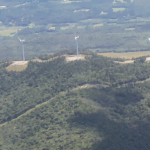 Germans Resoundingly Saying “No!” To Clearing Forests To Make Way For Wind Parks

Share this…FacebookTwitterA survey conducted by the German Emnid polling institute found that 79% of Germans reject the installation of wind turbines in forests. That’s the result of a survey commissioned by the Deutschen Wildtier Stiftung (German Wildlife Foundation). Not only are there plans to disfigure and destroy forest regions in Germany, it is already a […]

Share this…FacebookTwitterAs more wildly fluctuating solar and wind energy is fed into the German power grid, the question of how to prevent blackouts has been elevated to urgent. Germany’s weekly Die Zeit recently published an interview with Franz Untersteller, Environment Minister of the state of Baden Wurttemberg. He claims “electrical power supply will be tight“. […] 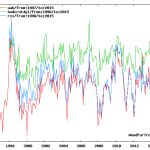 Share this…FacebookTwitterNOAA conflict of interest? “The problem is that the same staff responsible for creating reports and running some greenhouse models are also responsible for the databases that validate the forecasts.” The National Oceanic and Atmospheric Administration (NOAA) June 2015 results are out and once again the government-directed institute is  claiming the globe is at […]

Share this…FacebookTwitterTanzania’s sea level over the past 4500 years likely succeeded today’s level. Sea level at the Seychelles stable over the past 10 years By Dr. Sebastian Lüning and Prof. Fritz Vahrenholt (Translated/edited by P. Gosselin) Global sea level is rising and rising  – and that has been so for the last 15,000 years. However there […] 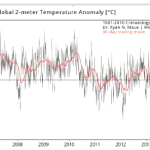 Share this…FacebookTwitterSo, where’s the warming? Robin Pittwood at the New Zealand Kiwi Thinker here has posted an update on the climate bet for charity that NoTricksZone and its readers entered with a gaggle of global warming cultists, among them Dana Nuccitelli and Rob Honeycutt. So far we are 4.5 years into the current decade and […]