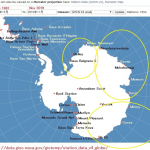 Share this… Facebook TwitterBy Kirye and Pierre Gosselin A few days ago we looked at the Antarctic peninsula stations and saw that over the past 2 decades 13 of 13 of these stations showed cooling trends. Today we look at 12 stations located at the eastern side of Antarctica, where temperatures are colder: Below the […] 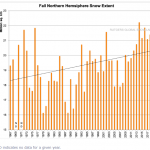 Share this… Facebook TwitterDespite phony wind lobby surveys claiming that over 90% of Germans support an expansion of wind power (and only a 5% fringe oppose), German wind park projects have hit the brick wall of intense citizens’ protest. German protesters demand a stop to the “madness” of the industrialization of nature. Image: proNatur Citizens […]

Share this… Facebook TwitterGermany’s Energiewende (transition to green energies) is driving up prices by Holger Douglas (Translated/edited by P. Gosselin) For a long time, electricity prices have known only one direction: upwards! Ever faster, ever more clearly. Now the shock for many families: The Federal Government has presented official figures in an answer to an […]

Share this… Facebook Twitter “Glaciers: climate witnesses of the ice age to the present”. A book review By Horst-Joachim Lüdecke and Klaus-Eckart Puls Hat-tip: Die kalte Sonne (Translated by P. Gosselin Prof. Gernot Patzelt is an internationally renowned glaciologist with numerous publications and lectures. Now he has, as it were, presented his life’s work with […] 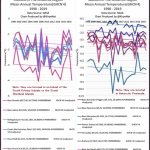 Share this… Facebook TwitterBy Kirye and Pierre Gosselin A few days ago we looked at 19 stations scattered across Antarctica and found no unusual climate trends taking place there over the past 31 years. Today we focus on 13 crucial stations located on and around the Antarctic Peninsula, which alarmists say is threatening to melt […] 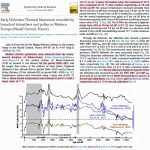 Share this… Facebook TwitterTough Times for Critics By Die kalte Sonne (Translated by P. Gosselin) The climate issue now dominates almost all areas of life. This makes it all the more important that the arguments of the critics of the climate alarm are finally heard seriously. Unfortunately, this is not the case. On the contrary, […] 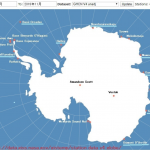 Share this… Facebook TwitterBy Kirye and Pierre Gosselin Today we plot NASA Version 4 data for 19 Antarctic stations going back to 1988 (including volcanoes areas of West Antarctica and Peninsula), see map below. The 19 stations were chosen because they have both Version 3 and Version 4 data available. We plot the data on […] 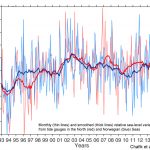 Share this… Facebook TwitterRapid cooling in the North Atlantic has reversed regional sea level changes and has apparently spread to the Greenland ice sheet. Image Source: Chafik et al. (2019) Despite stressing global sea level rise is worrisome and due to anthropogenic warming, Chafik et al. (2019) report a distinct cooling trend in the North […]