Growing Criticism: Germany’s Transition To Renewable Energy Is Leading To All Pain And No Gain

Share this… Facebook TwitterAnd a project that involves the such can only be called one thing: really dumb. Before other countries dive into renewable energies, drunk on green fantasies, they should take a look at what is happening in Germany. Indeed, sobriety helps. The online Die Welt had a piece on the spiraling electricity costs […]

Share this… Facebook TwitterSome big energy developments in Germany lately. Several readers pointed out an article appearing in the online daily Die Welt here. It seems that Eastern Europe has said “no” to hugely subsidized, unstable German green electricity flowing across the border into their power grids. One reason is because Germany still has not installed […] 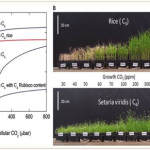 Posted in Agriculture, CO2 and GHG, Drought and Deserts | 7 Responses

University Of Graz “Death To Deniers!” Professor Richard Parncutt Calls For The Execution Of Pope Benedict

Share this… Facebook TwitterIt’s nice to see that academia in Austria is getting more and more tolerant with every passing day. In fact we haven’t seen this level of tolerance in about 70 years. University of Graz Professor Richard Parncutt. Photo source: Uni-Graz./ There’s been much buzz in the blogs recently about the seemingly psychotic […] 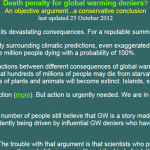 Share this… Facebook TwitterA reader sent an e-mail to the University of Graz concerning Prof Richard Parncutt’s call for the death penalty (see following figure) for those who dare to doubt IPCC climate dogma. Snipped from: http://www.webcitation.org/6D8yy8NUJ. Here’s the reply the reader got from the University of Graz by email today: Die Karl-Franzens-Universität Graz ist […]

Share this… Facebook TwitterIf you search enough, you’ll eventually find some news about the massive cold gripping a vast area of Asia. Those reporting it are calling it the worst cold snap there in decades. More cold is the forecast for Eastern Asia. Source: wxmaps.org/pix/temp5.html (Dec 25). German public television network NTV has a video report about the Asian […]

Share this… Facebook TwitterThis December for much of Germany and Central Europe has been a pretty cold month so far, with lots of snow and cold weather. At least that was the case until this past weekend when a warm southerly air mass swept across Germany and elevated temperatures well above normal, just in time […] 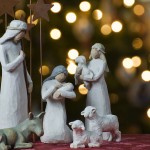 Share this… Facebook TwitterThank you readers for visiting NTZ over 2012. Merry Christmas everyone! Photo source: Jeff Weese, Creative Commons Attribution 2.0 Generic license. I noticed Google Germany today is wishing everyone a “Frohes Fest” (Happy Holidays), and not “Merry Christmas”. I guess some prefer blurring the origins of Christmas and the very foundations of […]

Share this… Facebook TwitterNow that the preliminary draft of the IPCC Assessment Report 5 (AR 5) is available online, thanks to Alec Rawls, readers have had the chance to analyze it in detail. Michael Krüger at Readers Edition here takes a look at some of the charts and graphics for temperature and sea level rise development, and […]