Share this… Facebook TwitterBill Gates tweets Revkin on the need for Golden Rice. Green activists acting out of pure ideology and emotion sabotage sight-saving crop… The True Story About Who Destroyed a Genetically Modified Rice Crop By Mark Lynas Did you hear that a group of 400 angry farmers attacked and destroyed a field trial […] 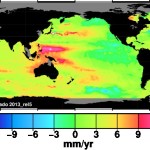 Share this… Facebook TwitterSatellite Measured Sea Level Is Measuring Ocean Heat By Ed Caryl Sometime in the last year, someone commented in some article that sea level rise as observed by satellite radar altimetry was overstated due to the fact that as warm water expands, it gets lighter, gravity has less pull on it, and […]

Spiegel: Scientists Hopelessly Stumped By Present Ocean Cooling, Still Insist They Are Certain About The Future!

Lomborg On Cook 97% Survey: “It Turns Out They Have Done Pretty Much Everything Wrong”

Share this… Facebook TwitterBjorn Lomborg comments at Facebook on the Cook 97% survey. Has climate science gotten so bad that it is now resorting to utterly phony claims? Cook confirms that indeed it has. Here’s what Lomborg writes (my emphasis, links shortened): Ugh. Do you remember the “97% consensus”, which even Obama tweeted? Turns out […] 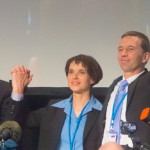 Share this… Facebook TwitterDr. Bernd Lucke, head of Germany’s AfD party, (Germany’s version of Britain’s UKIP), was interviewed by the National Anti Energy-Feed-In Act Movement (NAEB) and asked about his new party’s position on the Energiewende (transformation to renewable energy) and on climate science. AfD head Bernd Lucke, right, calling for an exit from euro […] 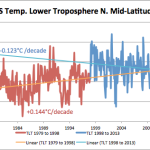 Share this… Facebook TwitterGEOMAR Helmholtz Centre for Ocean Research Kiel has issued a press release. In truth it says that the strong warming of 1978 to 1998 is in large part due to Pacific ocean cycles. We can now close the books on the silly CO2 science. Here is the press release in English (my emphasis): […] 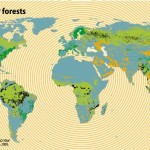 Share this… Facebook TwitterWhy is CO2 Rising – Part 2 By Ed Caryl How much biosphere has been destroyed? Deforestation is a large loss to the biosphere. From Wikipedia: Global deforestation[92] sharply accelerated around 1852.[93][94] It has been estimated that about half of the Earth’s mature tropical forests—between 7.5 million and 8 million km2 (2.9 […]

Share this… Facebook TwitterGermany’s version of Britain’s UKIP party is the new AfD Alternative_for_Germany party. The AfD party is the result of Germany’s established parties having stopped listening to its citizens. It takes a position against the euro-currency, the hysterical transition to renewable energies, and has cast considerable doubt over climate science itself. Now it […]

Share this… Facebook TwitterCan We Expect Extreme Weather? By Ed Caryl The latest rallying cry from the catastrophic AGW crowd is that we can expect more heat waves, roaming heat waves, popping up unexpectedly and unpredictably. We hear this from Kevin Trenberth here (and refuted by Willis Eschenbach here), and from the PIK here. What […]

Share this… Facebook TwitterNASA has released its latest sea ice report. These are tough times for climate alarmists. The truth is: There’s a lot more sea ice out there this year than they ever imagined. NASA makes some interesting comments. First they tell us that Arctic sea ice is over 1.5 million sq. km above […] 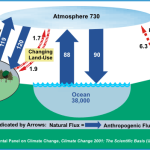 Why Is CO2 Rising? Biosphere Destruction Is The Primary Source, And Not Fossil Fuel Burning

Share this… Facebook TwitterBy Ed Caryl The natural CO2 flux to and from oceans and land plants amounts to approximately 210 gigatons of carbon annually. (Note that this is carbon. Multiply the numbers by 3.7 for the total weight of CO2 including the two oxygen atoms.) Man currently causes about 9 gigatons of carbon to […]