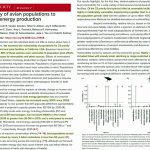 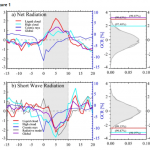 Share this… Facebook TwitterConnection between cosmic rays, clouds and radiation budget is reaffirmed…CO2 role thus has to be much smaller.  There have been a flurry of recently published studies on radiative forcing and its variation due to cloud changes. The latest is a new study published in the journal Nature. Climate scientists Dr. Henrik Svensmark and […]

Share this… Facebook TwitterBy Erich Schaffer Magic is all about illusion, and so is “climate science”. Nothing about the GHE is as it seems and so far the “critical” side has failed to see through it. No longer! Examining the key question of surface emissivity, usually downplayed as a non-issue, reveals highly significant insights relativizing […]

Share this… Facebook TwitterDuring the last Grand Solar Minimum (17th century), global surface temperatures dipped to the coldest of the last 10,000 years – about 1.4°C colder than today. Dr. Zharkova, an astrophysicist, has determined another imminent drop in solar activity will lead to a 1°C cooling in the coming decades. From 1645 to 1710, […]

Share this… Facebook Twitter How the sun impacts European climate By Die kalte Sonne (German text translated by P Gosselin) Images: NASA Observatory The gigantic nuclear fusion power plant of the sun reliably supplies the earth with energy. However, the IPCC’s current doctrine is that fluctuations in solar activity have no effect whatsoever on the […]

Share this… Facebook TwitterAmazing: A proxy study of Laos finds natural variability in hydrometeorology, a little Ice Age, and other substantial climate changes in the pre-greenhouse gas era. Who would have thought! (sarcasm) Hat-tip: NTZ reader Mary Brown. University of California Irvine researcher Jessica Wang and her team of researchers find plenty of natural climate […]

Share this… Facebook TwitterWhile it may seem counterintuitive, the expansion of wind and solar energy necessarily leads to the preservation and eventual growth in fossil fuel energy generation. This “paradox” hasn’t gone unnoticed. As good business practice, fossil fuel companies are now actively advocating for and investing in wind and solar technologies. In an analysis […]

Share this… Facebook TwitterA potential wind turbine installation on the island of Crete may be poised to drive an endangered raptor population to extinction. Recent studies have found the favored “renewable” energies – wind and solar – are not effective, even counteractive, when it comes to reducing emissions from fossil fuels. Solar PV installation, for […]