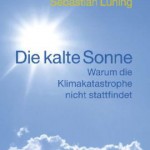 Share this… Facebook TwitterThe Church of Global Warming is shattering in Germany, one of the last bastions of the movement. Even the environmental bishops are leaving the Church.The print edition of FOCUS magazine has an article today on a new upcoming skeptic climate book, Die kalte Sonne, authored by former warmist Prof. Dr. Fritz Vahrenholt and […]

Share this… Facebook TwitterBy Ed Caryl In the BEST paper Influence of Urban Heating on the Global Temperature Land Average Using Rural Sites Identified from MODIS Classifications. Red dots are warming trend sites and blue are cooling trend sites. This article will show that Dr. Richard Muller did not go far enough in looking at […]

Share this… Facebook TwitterThe millions of Germans who read my blog 🙂 may wish to pick up FOCUS magazine tomorrow at the newsstands.Tomorrow’s edition features Professor Dr Fritz Vahrenholt, author, along with Sebastian Lüning, of the upcoming climate catastrophe skeptic book, Die kalte Sonne. It’s the book that warmists fear, and that open minds will surely […]

Share this… Facebook TwitterWhat is it going to take? They deny their own data and insist fantasy is correct. The MAIL Online writes today has an excellent report, and starts with: The supposed ‘consensus’ on man-made global  warming is facing an inconvenient challenge after the release of new temperature data showing the planet has not warmed for […]

Share this… Facebook TwitterI’ll spare you all the old warmist warnings of balmy winters with rare and exciting snowfalls. Now, as global warming advances faster than ever seen (so say the “experts”) Europe should now expect colder and colder winters instead. That’s what their new models show. Looks like they’re right. Check out all the warming […] 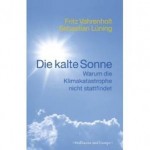 Share this… Facebook TwitterControversy is swirling over new upcoming skeptic book. It begins with DIE ZEIT’s latest article on the controversial new skeptic book authored by Prof Dr. Fritz Vahrenholt (renewable energy expert) and Dr. Sebastian Lüning (expert geologist) which will hit the bookstores on February 6, published by the renown Hoffmann & Campe in […]

Share this… Facebook TwitterHere we go again. Global warming causes cold European winters! So no matter what happens – it proves man-made global warming is for real. Just a few years ago, these off-the-wall scientists claimed that global warming would lead to warm, snowless winters, with palm trees eventually reaching Scandinavia. But now that cold winters […]

Professor Knut Löschke: IPCC Representatives Do Not Shy Away From Fraud And Falsification

Share this… Facebook TwitterSome German professors are beginning to speak up against the climate shenanigans. Take for example Prof. Dr. Dr.Knut Löschke, physicist, who gave a speech on Climate Policy titled “Give Reason Another Chance!” at the University of Passau last Friday. Ralph Bärligea has the story at eingentümlich frei.de. Bärligea summarizes Löscke’s speech. Here’s an excerpt: […]

Share this… Facebook TwitterThe recent long-term forecasts for Europe show we most likely aren’t going to be escaping winter this year. Over the last week or so, the forecasts couldn’t seem to make up their minds, would it be cold or not cold? Source: http://wxmaps.org/pix/temp4.html One day the forecast showed cold on the way, and […]