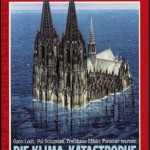 Spiegel (Unwittingly) Confirms Its Undeniable Movement Away From Climate Catastrophism!

Share this… Facebook TwitterSpiegel’s latest online piece here is dubbed “Conspiracy Theories: What Motivates The Fact-Deniers“. Hat-tip: Ulrich Elkmann. Ironically, in what was designed to be a sharp attack on “climate change deniers”, turns out to be an unwitting confirmation by Spiegel that it has profoundly changed its position on the climate issue. And, although Spiegel may not be […]

Share this… Facebook TwitterWhat follows to me is absolutely stunning. I don’t recall the US government officials and military persons responsible for dropping the bombs on Hiroshima and Nagasaki being brought to trials in Nuremberg. Controversial? Maybe for some. But to put Hiroshima on the same level as Auschwitz? Excerpt from the PIK press release. […] 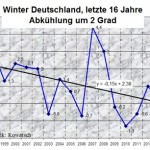 Share this… Facebook TwitterWhat follows is a rebuttal to the quite dubious “warm-causes-cold hypothesis” we’ve been hearing about lately. ================================== “It’s getting colder because it’s getting warmer” – The meteorological illusory world of the climate alarmists By meteorologist Klaus-Eckart Puls European Institute for Climate and Energy (Translated/edited by P Gosselin) Cartoon right: www.cartoonsbyjosh.com For more […]

Has Michael Mann Lost His Marbles?

Share this… Facebook TwitterAnthony Watts this week posted twice on Michael Mann’s seemingly indignant (over)reaction to people criticizing his work here and here. Dr. Michael Mann feels industry and skeptic scientists are out to get him, and that the world’s climate is on the verge of catastrophe. Source: climatedepot.com/ From the shrillness and combativeness of his tones, one […] 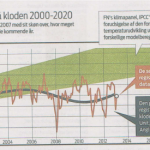 Share this… Facebook Twitter Again, forget all the tall tales from IPCC scientist Mojib Latif and Met Office meteorologist David Viner. (Latif has been on the radio trying to convince listeners that the record cold March “is normal”. What a joke.) Just a couple hours ago, Germany’s leading daily, Bild, which has a circulation in […]

Share this… Facebook TwitterMentioning the lethal “100-year, record-smashing” spring cold and snow spreading across Europe over the past month has for the most part been avoided like the plague by Germany’s mainstream media. The silence over the record cold and frost, which has killed thousands and cost billions, has been ear-ringing. Yet some leading dailies are breaking […]

Share this… Facebook TwitterThe record cold that is still gripping Germany even set a record low at the warming-obsessed Potsdam Institute for Climate Impact Research this weekend. At yahoo news.com.html today they write (my emphasis): Last weekend the lowest temperatures in more than 100 years were recorded in many parts of the country for this time […]

March Cold Records Smashed Throughout Germany…Wind Chill Down To -33°C…”Event Of The Century”!

Share this… Facebook TwitterOnline news weekly FOCUS reports on the overnight damage from Germany’s record March cold with the headline this morning: 100-year event in March – Greenland icy air smashes cold records in the East Cold records were set during the night at many locations in the eastern part of Germany. “The windchill pushed felt-temperatures […] 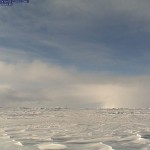 Share this… Facebook TwitterBoy, this sure is some warming! German RTL television online reports on the nasty wave of bitter cold now currently gripping Germany and Eastern Europe. The report’s title: “Germany Continues To Shiver: Coldest Night In 100 Years Threatens.” Europe gripped by ice age conditions – in the springtime! Photo credit: NOAA The […]

Share this… Facebook TwitterInternational Doubt Over The Success Of Germany’s Energiewende growing by Sebastian Lüning and Fritz Vahrenholt (Translated/edited by P Gosselin) Germany’s Energiewende [energy transition over to renewables] is being watched closely in foreign countries. Already bets are being made on whether the expensive experiment is going to work. Meanwhile increasing numbers of international […] 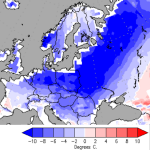 Share this… Facebook TwitterUPDATE: “This March could be the coldest of the last 100 years,” says meteorologist Dominik Jung – See here! ———————————————- Europe’s bitter cold winter refuses to let up! For some areas we are now hearing that it is being called the “100-year winter“! Temperature forecast anomaly for the next 7 days. Source: http://wxmaps.org/html. […]