Share this… Facebook TwitterGreen hubris: ARD German public television commentary labels its audience “consumption addicts” – mentally ill – and pleads they be punished with “so damn expensive” prices. Germany’s equivalent of the BBC, publicly (forced) funded ARD Broadcasting aired a commentary on Monday evening by journalist Lorenz Beckhardt. The commentary was to respond to […]

Share this… Facebook TwitterTwo European professors recently wrote that the IPCC projections of future warming are based on huge unknowns, and do not take the past properly into account. This means that projections of the future of the world’s climate are unreliable, according to Samuel Furfari, Professor at the Free University of Brussels, and Henri […]

Share this… Facebook TwitterClaims that modern temperatures are globally warmer than they were during Medieval times (~800 to 1250 A.D.) have been contradicted by a flurry of new (2019) scientific papers. Southern Ocean/SE Pacific (SSTs) The Medieval Warm Period (1100 years BP) was 1.5°C warmer than today (14°C vs. 12.5°C) in the SE Pacific or […] 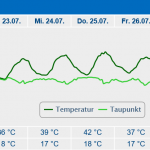 Share this… Facebook TwitterDuring last week’s record-setting European heat wave, Germany’s previous record of 40.3C was impressively shattered by the measurement station located at the northwest city of Lingen, near the Dutch border, some 50 kilometers from where I live. The German DWD weather service and media loved it! Controversial siting Yet, controversy now swirls […]

Share this… Facebook TwitterAs it emerges the “Russia Affair” was based on a dossier of fabricated, phony data designed to wrongfully criminalize a President, it also has become clear that trace gas CO2 has been similarly set up using a phony climate dossier. It too was made up – in great part by NASA. Let’s […]

While Boasting About Cutting CO2, Europe In Fact Driving Up Carbon Dioxide Emissions …Through TROPICAL DEFORESTATION!

Share this… Facebook TwitterBy Die kalte Sonne Europeans are eating too many imports from tropical countries, which are cutting down the rainforest and thus fueling climate change, says Chalmers University of Technology in Gothenburg: EU consumption linked to tropical deforestation A sixth of all emissions resulting from the typical diet of an EU citizen can […] 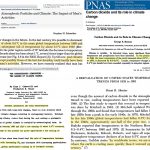 Share this… Facebook Twitter Image Source: National Academy of Sciences,  Understanding Climatic Change About 45 years ago, the “consensus” in climate science (as summarized by Williamson, 1975) was quite different than today’s version. 1. The Medieval Warm Period was about 1°C warmer than present overall while the “largely ice-free” Arctic was 4°C warmer, allowing the […]

Share this… Facebook TwitterThe online, center right Junge Freiheit of Germany here reports on how German award-winning economist Niko Paech is calling for a profound scaling back of industry in Germany, and a 20-hour workweek, in order to protect the climate. The DLF article on the interview here summed it up: “If working hours and […] 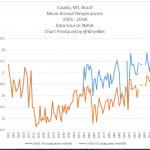 Share this… Facebook TwitterBy Kirye and P. Gosselin What’s with NASA GISS? The data shenanigans there seem to have no end. Most of us have noticed that with every new version of temperature data that gets generated by NASA GISS, the more warming that comes with it. The first half of the 20th century often […] 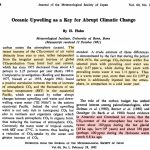 Share this… Facebook TwitterA few decades ago it was “consensus” science that CO2 levels had reached 400 ppm (and even up to 500 ppm) during the Early Holocene, with rising amplitudes of greater than 200 ppm and rates of 65 ppm in less than a century. Then the “consensus” opinion changed. In 1982 it was […]

Share this… Facebook TwitterWhat follows today is really quite cool, and highly encouraging in a country known for lockstep thought. Over the past months we’ve seen great media hype in Germany surrounding climate alarmist youngsters like Greta, FFF and more recently Rezo, who have played major roles in stirring up a lot of climate hysteria, […]