A few decades ago it was “consensus” science that CO2 levels had reached 400 ppm (and even up to 500 ppm) during the Early Holocene, with rising amplitudes of greater than 200 ppm and rates of 65 ppm in less than a century. Then the “consensus” opinion changed.

In 1982 it was still quite acceptable for Dr. Flohn, a climate scientist, to acknowledge that changes in CO2 concentration changes are significantly determined by temperature “rather independent of” fossil fuel emissions, but also that Holocene CO2 concentrations reached 350 to 400 ppm between 8,000 to 6,000 years ago (Flohn, 1982). 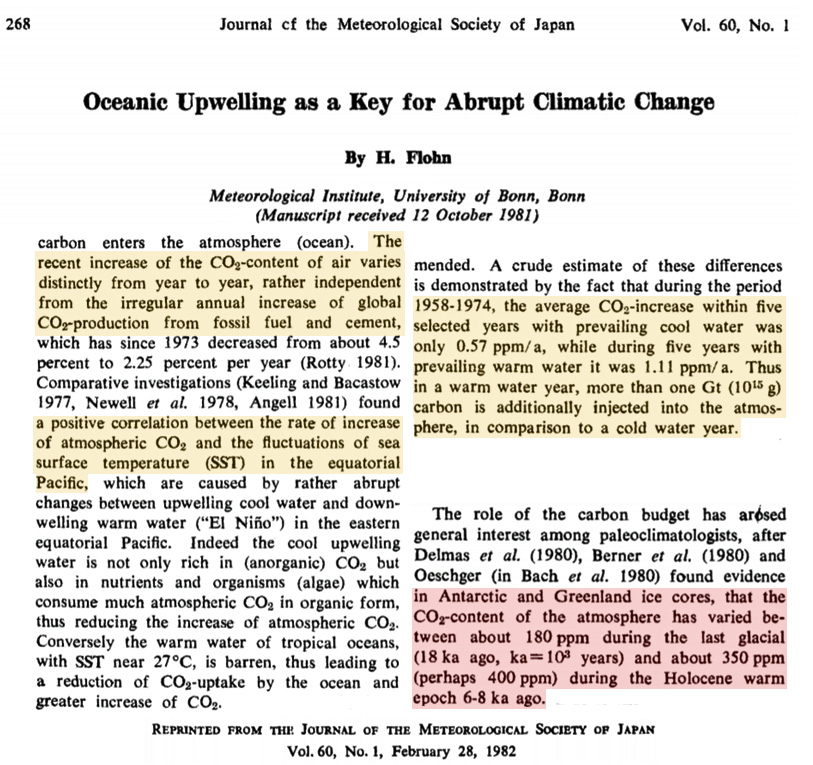 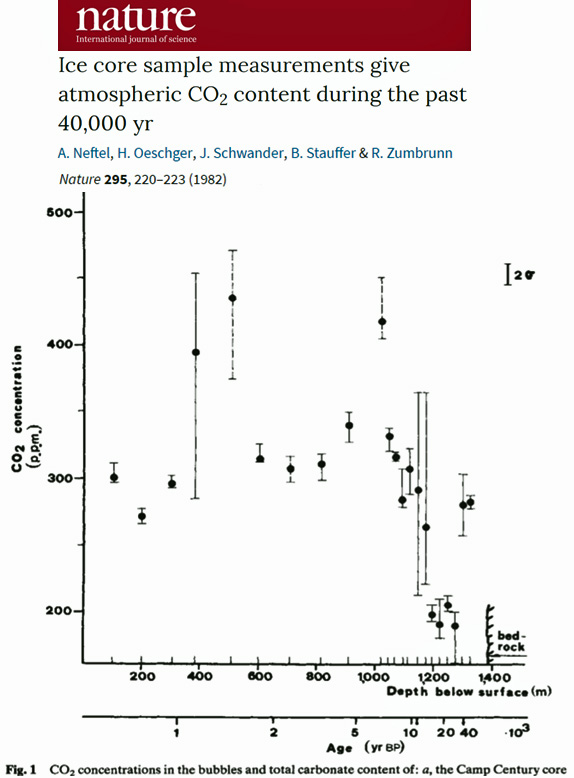 A few years earlier, Berner et al. (1980) found CO2 rose to amplitudes exceeding 500 ppm in Greenland during the Early Holocene, whereas Antarctica’s CO2 concentration rose to about 400 ppm during the same time period. 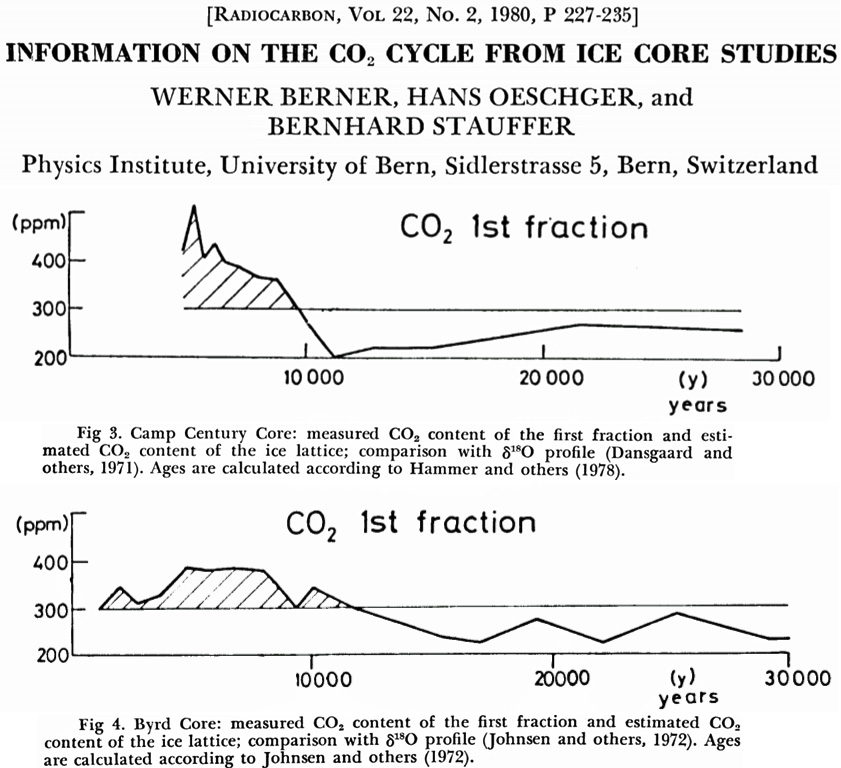 Wagner et al. (1999) published a paper in Science denouncing the “consensus” claim that CO2 gently and steadily rose for millennia, varying only beteen 270 to 280 ppm. They too determined CO2 rose and fell quite rapidly during the Holocene, reaching amplitudes of 65 ppm in less than a century. 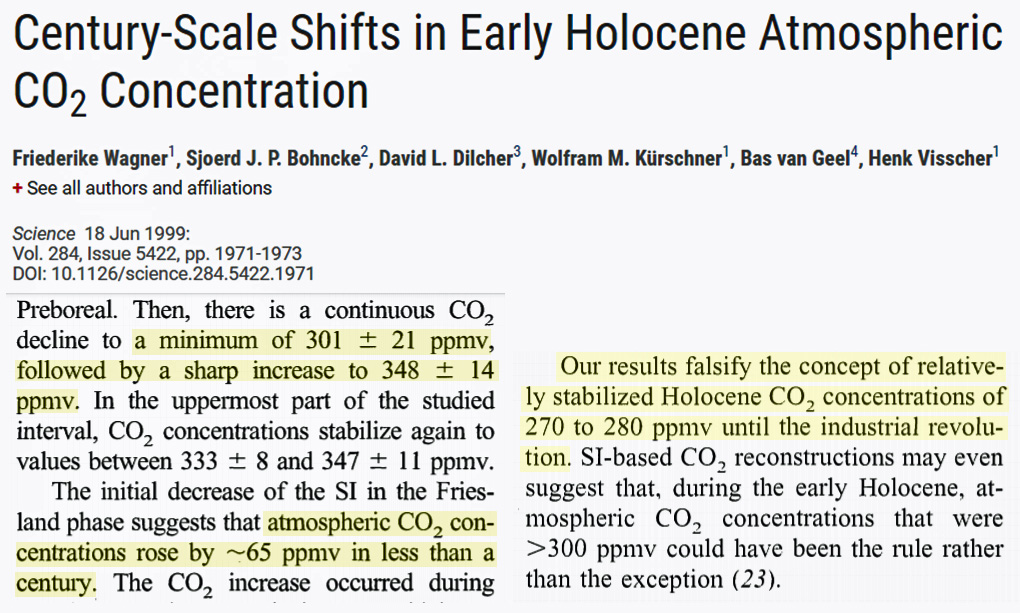 More recent papers also indicate there were quite substantial ±100 ppm-per-century CO2 fluctuations in stomata reconstructions. Steinthorsdottir et al., 2013 record a rise of about 190 ppm (from ~230 ppm to ~420 ppm) within less than 50 years. 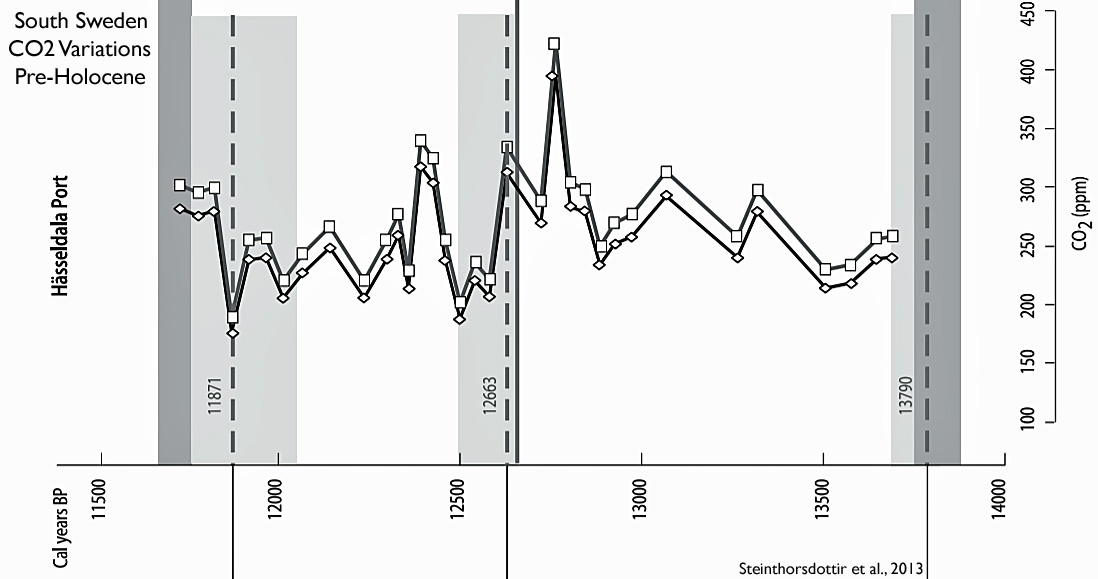 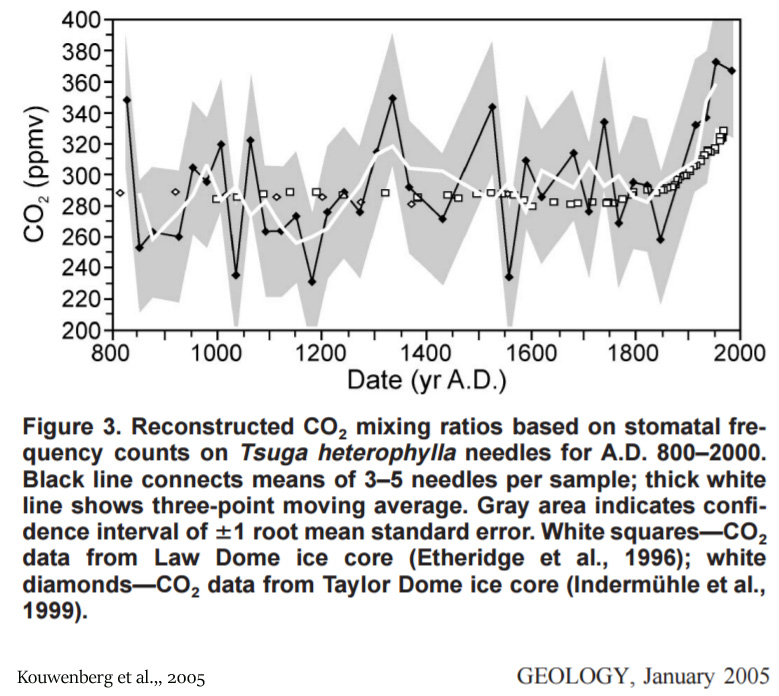 Why the discrepancy between “consensus” CO2 and historically recorded CO2?

Polish physicist Dr. Zbigniew Jaworowski (1997) was a fierce critic of the means by which ice core data have been collected to assign CO2 concentration values to past epochs.

His criticisms center around the post-1985 tendencies for fellow scientists to openly employ selection bias in making pre-determined decisions about what measurements are “right” and which ones are “wrong” – effectively rendering their results meaningless.

He cites Pearlman et al. (1986), for example. These authors collected 74 Antarctic ice core CO2 samples. Of those, 32 (43%) were rejected because they had values that were too high or too low to match with the agreed-upon pre-determination.

In what other branch of science is it acceptable to discard measured data we don’t agree with? 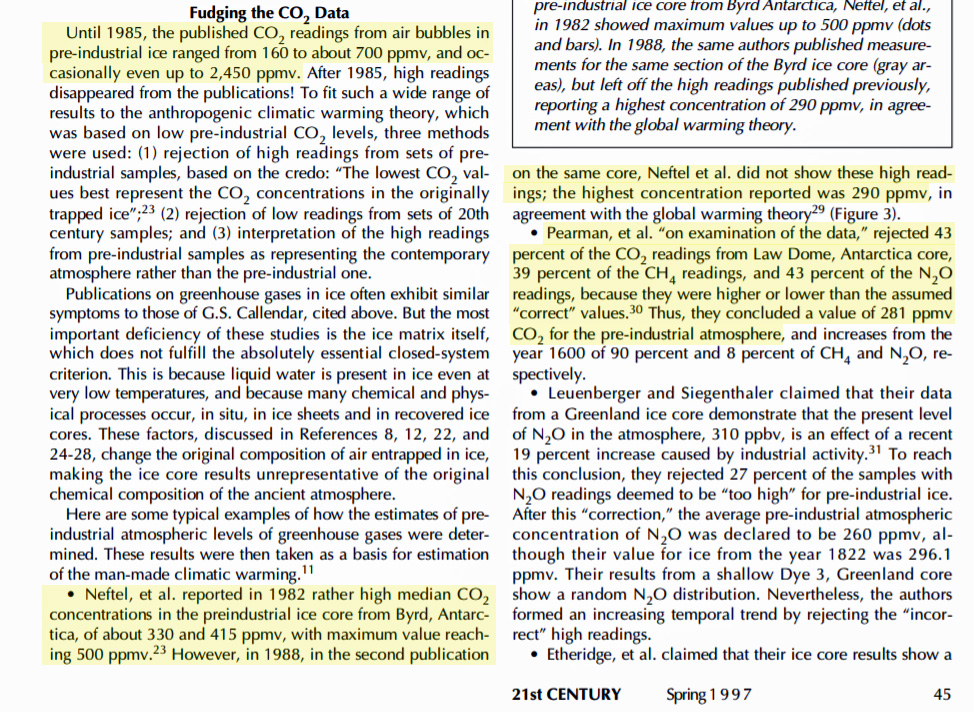 Jaworowski provides an illustrative example of how the rejecting-data-we-don’t-agree-with practice has been ongoing since the 1950s. 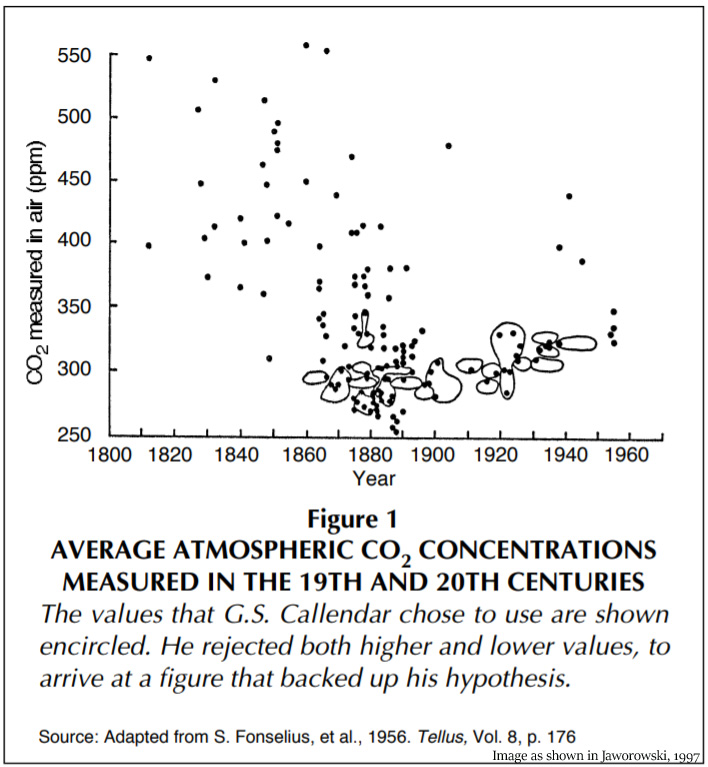 Professor Tom Segalstad, a University of Oslo geologist, provides possibly the most thorough explanation of how the current CO2 “dogma” was formulated and maintained so as to advance the CO2 greenhouse warming cause.

“It is shown that carbon cycle modelling based on non-equilibrium models, remote from observed reality and chemical laws, made to fit non-representative data through the use of non-linear correction ‘buffer’ factors constructed from a pre-conceived hypothesis, constitute a circular argument and with no scientific validity.” 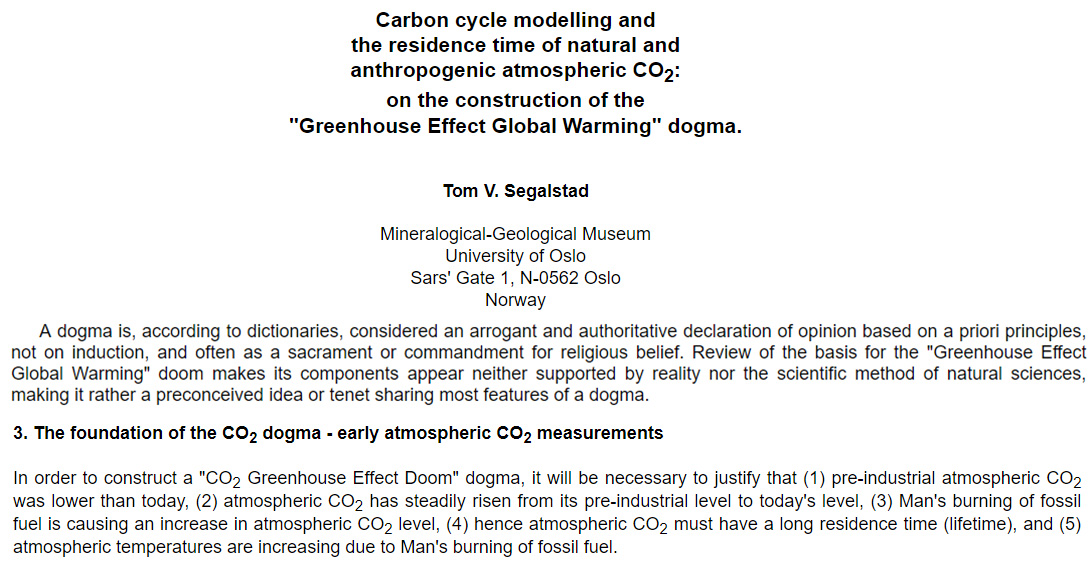