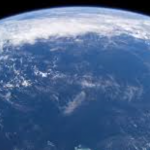 Share this… Facebook TwitterSatellite Data Show No Acceleration In Sea Level Rise Over Past 25 Years Image: NASA Earth Observatory  (public domain) Dr. Sebastian Lüning and Prof. Fritz Vahrenholt today here are asking how sea level rise is doing because as have not heard much about it lately. A good place to start is at Climate4You. […]

Share this… Facebook TwitterNow that it has been revealed German carmakers BMW, Volkswagen and Daimler had an organization test the effects of diesel fumes on monkeys, and in a separate test nitrogen dioxide on humans, Germany’s politicians and media are all falling over themselves feigning outrage and moral indignation. Such fools. Of course the media did not hesitate […] 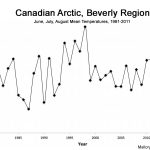 Share this… Facebook Twitter Scientists: A Warm Arctic Benefits Its Inhabitants  Contrary to the claims of anthropogenic global warming (AGW) advocates, the Arctic climate naturally warms and cools in a decadal-scale oscillatory fashion and in response to broad changes in the North Atlantic Oscillation and Arctic Oscillation.  The climate does not just warm in a long-term […] 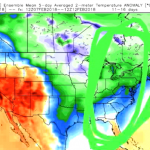 Share this… Facebook TwitterAt his latest Weatherbell Analytics Saturday Summary, 40-year veteran meteorologist Joe Bastardi lays out what’s behind the next brutal blast of cold and snow that’s coming to North America over the next weeks: Temperature anomaly forecast for February 7 – 12, 2018, for North America. Chart: NCEP. It’s due to naturally occurring cycles, […] 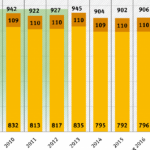 Share this… Facebook TwitterGermany’s CO2 equivalent emissions revised upward for 2016. The country has barely seen any reduction in greenhouse gas emissions so far this decade but has seen its power prices skyrocket and power grid become far more unstable. According to Germany’s Ministry of Environment here (UBA), emissions of “climate gases” rose again in […]

Share this… Facebook TwitterFlagship ARD public television here broadcast a report on the state of the German power grid, which until about some 15 years ago was by far among the world’s most stable. But those days are now gone, thanks to volatile green energies. The ARD report basically tells German citizens and industry that they […] 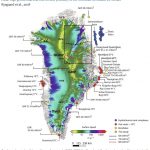 Share this… Facebook Twitter‘Several Thousand’ Hot (60°C) Springs ‘All Over’ Greenland Melt The Ice Sheet From Bottom Up A few years ago, 10 glaciologists publishing in the journal Nature Geoscience asserted that “large parts of the north-central Greenland ice sheet are melting from below” due to high geothermal heat flux forcing (Rogozhina et al., 2016). In a […] 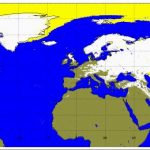 Share this… Facebook TwitterWe all remember how some scientists (David Viner and Mojib Latif, for example) boldly announced some 18 years ago that snow and ice at latitudes 40 – 55°N would become rare. Yet looking at the latest data, we see that ironically it’s bare ground that has become “a thing of the past”. […] 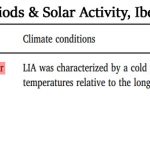 Share this… Facebook TwitterIt has long been dawning on most people that the costs of Germany’s Energiewende (transition to green energies) have been spectacularly underestimated. As Germany rushes into its foray with renewable energies, principally wind and sun, we are finding out that many of the costs involved were never taken into account. According to Die […]