Share this… Facebook TwitterClimate models postulate that increasing CO2 concentrations will intensify the Earth’s water cycle. This intensification is believed to eventually result in dangerous (3°C and up) global warming. Observational evidence has thus far falsified these IPCC-endorsed claims. Image Source: IPCC WG1 According to climate models, water vapor and precipitation trends were supposed to […] 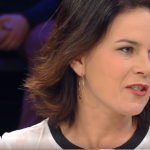 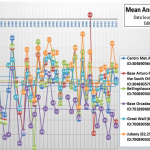 Share this… Facebook TwitterBy Kirye in Tokyo We constantly hear from the untrustworthy media how polar ice is melting rapidly – due to human-induced global warming. But when we look at the real data, we understand why audiences worldwide increasing distrust the mainstream media and their constant stream of doomsday reports, which they uncritically produce. […]

Share this… Facebook TwitterGlobal Cooling On The Horizon? Image Source: Abdussamatov, 2012 When it comes to the Sun’s influence on climate, one conclusion is certain: there is no widespread scientific agreement as to how and to what extent solar activity and its related parameters (i.e., galactic cosmic rays, geomagnetic activity, solar wind flux) impact changes in the […]

Share this… Facebook TwitterThe sun in November 2018 By Frank Bosse and Prof. Fritz Vahrenholt (Translated by P Gosselin) Our sun was also very much less active in November than normal, comparing all solar cycles 1-23 up to month no. 120 since since the beginning of the systematic survey in 1755, the first year of solar […] 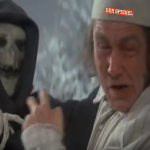 Share this… Facebook TwitterIt all happened in only a matter of hours, without any management overhaul, comprehensive restructuring or total management-instituted culture change within its newsroom: Influential German leftist news giant Der Spiegel went from a rural-America-loathing metropolitan media outlet to a humbled institution who suddenly loved the American heartland people and today is begging for forgiveness […] 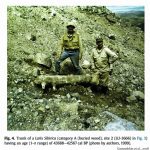 Share this… Facebook TwitterTree Trunk Conundrum Image Source: Ganyushkin et al., 2018 Between 60 and 40 thousand years ago, during the middle of the last glacial, atmospheric CO2 levels hovered around 200 ppm – half of today’s concentration. Tree remains dated to this period have been discovered 600-700 meters atop the modern treeline in the […] 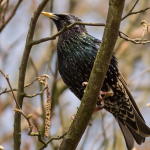 Share this… Facebook TwitterNote to readers: Keep in mind that the warming projected for 2100 is based on computer simulation models which are little better than crystal balls. Yes, policymakers and scientists believe the hocus-pocus. ============================================== Expansion of energy plants is as damaging to nature as is (modeled) climate change Frankfurt am Main, 7 December […]

Share this… Facebook TwitterThe senselessness of climate conferences By Dr. Dietrich E. Koelle (German text translated/edited by P Gosselin) Once again – for the 24th time – a mass climate conference with over 20,000 participants (400 of them from Guinea alone) has come to an end and the politicians and climate officials involved praised its […]

Share this… Facebook TwitterIt’s doubtful Spiegel whether will ever recover its credibility now that it was revealed one of its star reporters had been fabricating stories for years. The extent of the news fabrication is no better illustrated than in the case of Fergus Falls, Minnesota, where now disgraced journalist Claas Relotius invented stories with the […]

Share this… Facebook TwitterNewly published science indicates glaciers in the High Arctic Svalbard/Barents Sea region have rapidly advanced in the last decade — surging 16 kilometers since 2008, which is the greatest ice growth since 1890. About 8,000 to 10,000 years ago, this region was 6°C warmer than today. Consequently, the region’s glaciers were much smaller (or […]