Frankfurt am Main, 7 December 2018. Nature actually benefits from climate protection, for which bioenergy has long been regarded as a savior. However, in order to achieve the 1.5 degree Celsius target, it is assumed that bioenergy plants must be cultivated extensively. 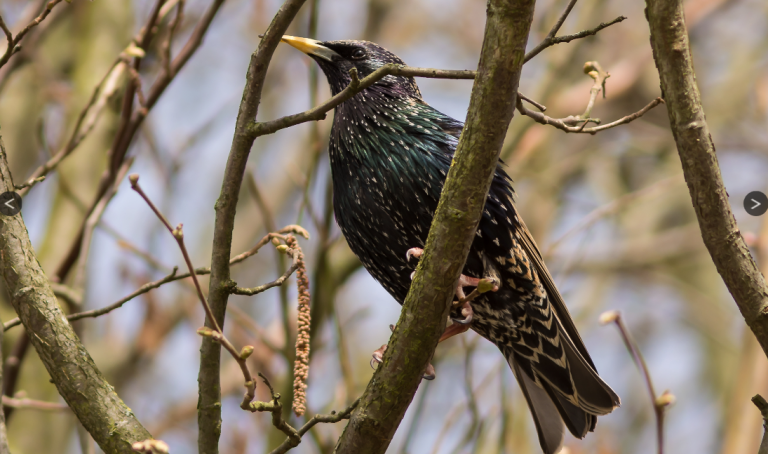 Expanding biofuels are major threat to species such as the Star, Bird of the Year, Photo by Christian Hof

Yet, according to new models, this will cause more harm to vertebrate habitats than the mitigated climate change, researchers from the Senckenberg Biodiversity and Climate Research Centre, the Technical University of Munich and Durham University reported this week in the journal “PNAS”.

The supposed advantage of such climate protection would therefore not benefit the species.

One way to limit global warming (seen in the models) is to burn renewable biofuels such as corn, rapeseed and palm oil instead of fossil fuels. But with regards to biological diversity, this is probably replacing one evil (in models) with another.

“In order to effectively limit climate change, by 2100 we will have to cultivate bioenergy plants on about 4.3 percent of the global land area – almost 1.5 times the combined area of all EU countries. We are thus seriously damaging the biological diversity that is at home in these areas to date. The negative effects of climate change, which could be prevented with maximum use of bioenergy, will not make up for these losses,” says Dr. Christian Hof, who conducted the study at Senckenberg Biodiversity and Climate Research Centre Frankfurt.

Bioenergy has long been controversial among scientists. For the first time, Hof and his team have globally investigated how amphibians, birds and mammals will feel the effects of climate and land use change by 2100. They compared two scenarios: a scenario with maximum bioenergy use, which corresponds to limiting warming to about 1.5 degrees, and a scenario with minimum bioenergy use and a temperature increase of about 3 degrees compared to the pre-industrial period by 2100.

The results are surprising: “Whether the temperature increases by 1.5 or 3 degrees by 2100: around 36% of vertebrate habitats are massively endangered either by climate change or by new land use as a result of the cultivation of bioenergy crops. The effects on biological diversity are therefore comparable. The only difference is who is responsible for them,” explains Dr. Alke Voskamp from the Senckenberg Biodiversity and Climate Research Centre.

Moreover, slower climate change through the use of bioenergy plants is likely to harm significantly more vertebrate species with a small distribution area than a temperature increase of 3 degrees. Most of these vertebrate species – especially amphibians – live in the tropics and neotropics. However, these are the places where plantations for bioenergy plants will increase most.

For Hof and his team, the study allows only one conclusion: “Climate change remains one of the greatest threats to biodiversity and must be limited to a temperature increase of 1.5 degrees Celsius if possible. As our study shows, however, bioenergy and the massive expansion of farmland is the wrong way to do this. Instead, we must work harder to save energy.”

The study was part of the BioSzen1punkt5 project funded by the German Federal Ministry of Education and Research under the program “Promotion of Extended and Improved Scientific Foundations for the IPCC Special Report on 1.5 °C Global Warming (SR1.5)”.