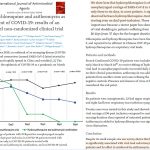 Share this… Facebook TwitterAccording to two just-published studies in medical journals and one anecdotal report from a COVID-19 hotspot, at least 350 patients with the COVID-19 have been successfully treated with Hydroxychloroquine. A New York City physician reports a 100% efficacy rate, meaning zero of the “hundreds” of infected patients receiving the treatment required hospitalization. […] 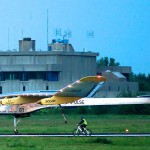 Share this… Facebook Twitter Sun-powered Solar Impulse 2 aircraft is to circumnavigate the globe “without a drop of fuel”. However it will in fact need thousands of litres of fuel from support planes. Photo credit: Brussels Airport, Creative Commons Attribution-Share Alike 2.0 Generic license. There’s been a fair amount of hype surrounding the Swiss Solar […]

Share this… Facebook TwitterAn honest look at the data allows us to conclude only one thing: The path to protecting the planet is paved with energy and human prosperity. A shortage of either would mean big trouble for the environment. =================================== How Much Power Should We Consume? By Ed Caryl There have been many suggestions […]

Share this… Facebook TwitterSometimes the old wisdom turns out to be the better one – that is wisdom from the analog world, during a time when there were neither bits nor bytes, nor model calculations to explain the world to people. One of these wisdoms is: The search for missing persons using concentric circles around […]

Share this… Facebook TwitterI don’t have a single one of these damn things in our house, and I’m glad. Now the German online DIE WELT has a report here called: Energy Saving Lights Emit Toxic Substances. Hat-tip DirkH It was already widely known that CFLs released deadly mercury, but only if they broke, see here for example, or […]

Share this… Facebook TwitterBack in late October it was all over the media; the jubilation was huge. A German retrofitted Audi A2 equipped with new high-tech batteries was driven 605 km from Munich to Berlin on a single charge with an average speed close to 90 kilometres per hour, read here. It was a new […]

Share this… Facebook TwitterResearchers at Germany’s Karlsruhe Institute for Technology have laid the cornerstone for a pilot plant that will produce a new kind of cement called Celitement®. Read here. This new cement developed by KIT researchers can be produced at far lower temperatures and with less lime than conventional cement. It has the potential to save […]