NCEP November 2014 Globally One Of Coldest This Century…Bastardi: NOAA’s “Habit Of Jumping On” The Warmest Dataset

Share this… Facebook TwitterVeteran meteorologist Joe Bastardi at the Weatherbell Analytics Saturday Summary site sharply criticizes NOAA’s ongoing claims of all time high global temperatures being reached, the latest this past November. Early in the video the Weatherbell expert says NOAA has a habit of ignoring the other many (cooler) datasets and jumping on the […]

Share this… Facebook TwitterLast Wednesday Seva Energie AG, located at the north German Ecopark in Emstek, announced insolvency. According to company 160 employees are affected. The news is the latest blow to the German renewable energy sector, which has seen a long string of similar insolvencies due to reduced subsidies and strong competition from abroad. Seva Energie […]

Germany’s Environment Minister Calls On Citizens To Turn Off Lights During Sex – To Protect Climate!

Share this… Facebook TwitterWhat follows is no joke, and tells us how far the German government is prepared to go in order to get its citizens to be nice to the climate. Germany’s Ministry of Environment headed by socialist Barbara Hendricks has produced a series of video clips aimed at getting citizens to save energy, […]

Share this… Facebook TwitterPayback for blind climate alarmism: Media interest in the latest IPCC Report is small By Dr. Sebastian Lüning and Prof. Fritz Vahrenholt The climate alarm narrative just isn’t working anymore. People have seen through the blind climate alarmism and have had enough. The profiteers of climate fear are now becoming seriously worried […] 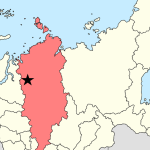 Share this… Facebook TwitterA number of media outlets are reporting on how a Russian Tupolev jet “froze” at Igarka Airport in Siberia, some 3000 kilometers east of Moscow, 160 kilometers above the Arctic circle. The Russian RT News Agency here reports that the plane “froze to the ground“. Yet another report says that it was actually the […] 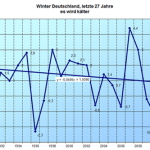 Share this… Facebook TwitterRight on schedule, winter will be making its real debut at the end of this week as a colder air mass pushes westward into Central Europe, so writes German weather portal donnerwetter.de here. This does not come as any surprise to those who ignore the warming hysteria in the media and follow […]

Share this… Facebook TwitterGermany’s once formidable Green Party just held its annual convention in Hamburg. Over the past few years Germans in general have grown fatigued of the planet-rescuing Greens and their dire warnings that man’s technology was destroying the planet. So faced with the prospect of slipping into irrelevance, the Greens are now scrambling […]

President Bill Clinton No Longer Believes The “Consensus Science”. Why? Because It Almost Killed Him!

Share this… Facebook TwitterFor decades the science told us that humans needed to cut back on fatty foods like red meat, eggs, chicken, cheese, butter and that we should switch to high carb diets, with lots of exercises. High carb, low fat was The Consensus. Backed by all the US medical associations and 99% of […]

Posted in Activism, Agriculture, Green Follies, Lifestyles of the Rich and Alarmist | 8 Responses

Global Warming Consensus? 58 Experts Who Aren’t Afraid To Show Up For a Public Debate

Share this… Facebook TwitterThe Heartland Institute here has available a poster with 58 experts who don’t believe there is a man-made climate crisis, and who aren’t afraid to show up for a little debate in public. Of course there are many other experts who could be added. Next time you run into an alarmist who insists […]

Share this… Facebook TwitterThis week’s print edition of the Swiss news weekly Weltwoche has a commentary by economist Silvio Borner titled “Cardiac Arrest with Flickering Power“. His commentary focusses on the completely misleading and false claims often made by tax-payer funded proponents of renewable energies, mainly solar and wind power. Hat-tip: “Kurt in Switzerland” According to Borner, […]

Share this… Facebook TwitterDespite plunging energy prices on world markets, electricity prices in Germany refuse to drop anywhere near in proportion. The reason for this is in large part due to the fixed, guaranteed high prices that renewable energy producers get for the wildly fluctuating power they feed in  – no matter what the market […]