A number of media outlets are reporting on how a Russian Tupolev jet “froze” at Igarka Airport in Siberia, some 3000 kilometers east of Moscow, 160 kilometers above the Arctic circle. 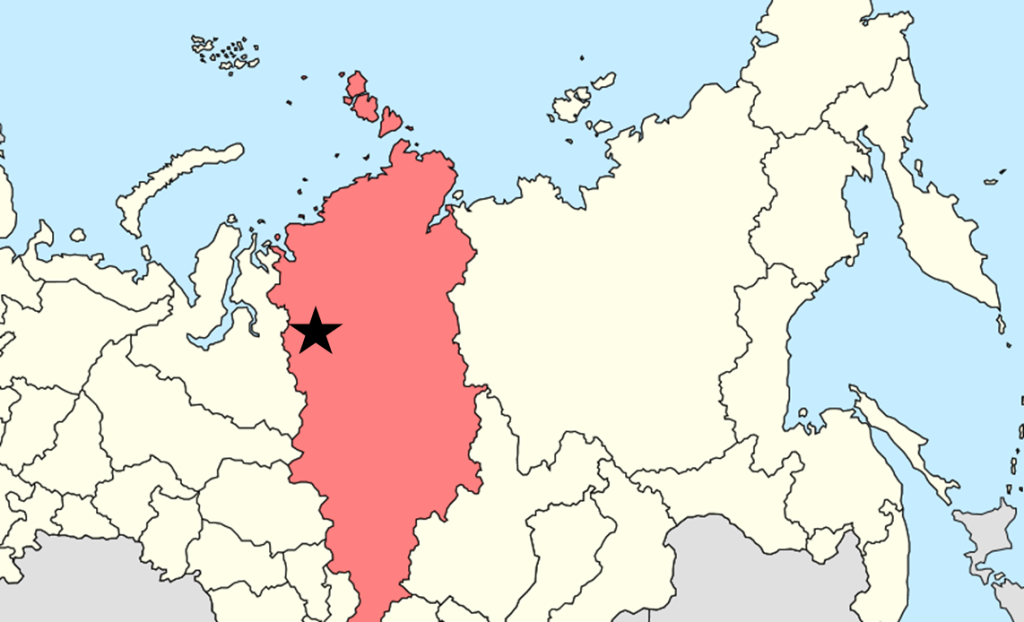 The Russian RT News Agency here reports that the plane “froze to the ground“. Yet another report says that it was actually the plane’s brake system that froze in the horrible -60°F Siberian cold, and not the tires to the surface.

“At the village of Igarka, about 3000 kilometers east of Moscow, 74 passengers were waiting for the departure of their Tupolew Tu-134 to Krasnojarsk. But the plane did not take off – down to minus 52°C nothing worked: The brake system was frozen!”

Technically and physically, I find it implausible that a plane would freeze to the ground, meaning it would have to have been first wet under the tires. Highly unlikely at such dreadful temperatures, even with the increased pressure from the weight of the plane. And wouldn’t such a problem occur routinely if that were the case?

The other question is what could happen to brake fluid or brake equipment at temperatures under -50°C? One could imagine things tending to gum up a bit.

“Vladimir Artemenko, Technical Director of the airline, however denies that the jet’s braking system was frozen. “The aircraft was technically without faults’ he said. The local presecutor is now investigating for possible violations of maintenance regulations.”

Whatever caused the frozen jet, global warming doesn’t seem to have come to Igarka at all. What follows is a chart depicting mean November temperatures. As we see, the normal low for this date is around -26°C: 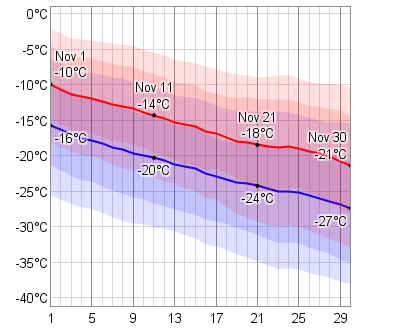 That makes a temperature of -52°C a heck of a lot colder than normal, not the sort of thing you’d expect from warming. In fact, looking at the chart, the chances of the temperature reaching -52°C up there in November are pretty slim.