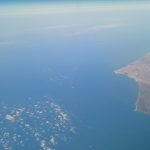 Share this… Facebook Twitter Germany’s DWD national weather service has released the preliminary mean weather results for the country for March, 2018: “In summary a cold March, again snow in the north and east.” Wintry 2018 spring start in Germany. Photo by P Gosselin. The reason for the cold March, according to the DWD: “Germany was […] 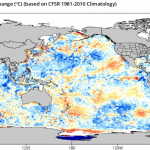 Share this… Facebook TwitterGrowing polar ice mass in a warm world? Although a number of scientists are hollering that 2017 was “among the warmest on record”, we are not seeing any manifestation of this, at least over the northern hemisphere, where ironically snow and ice have shown surprising extents. This year the northern hemisphere winter […] 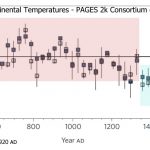 Share this… Facebook TwitterA Deconstruction Of The PAGES 2k ‘Hockey Stick’ Image adapted from PAGES 2k, 2015 Five years ago, the release of the PAGES 2k Consortium (2013) “global” temperature data set was accompanied by a great deal of fanfare. Advocates deemed the conglomeration of proxy temperature data from 7 land regions as scientific confirmation of the […] 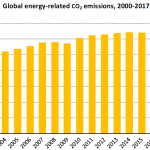 Share this… Facebook TwitterAwhile back a number of scientists hopped on the bandwagon claim that the Himalayan glaciers would be gone by the year 2030. That claim was quickly exposed as being preposterous and so the red-faced scientists backed off and said they had in fact meant the year 2300. Today that figure as well is […] 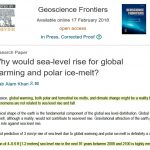 Share this… Facebook Twitter1 – 2 Meters Of Sea Level Rise By 2100 A ‘Highly Erroneous’ Claim Geophysicist and tectonics expert Dr. Aftab Khan has unearthed a massive fault in the current understanding of (1) rapid sea level rise and its fundamental relation to (2) global-scale warming/polar ice melt. Succinctly, Dr. Khan concludes the two have little to nothing to […]

Share this… Facebook TwitterTwo days ago Kenneth presented an impressive flurry of scientific, peer-reviewed charts published over the past 15 months (46 alone in 2018). Much to the surprise of alarmist scientists, global warming is weak at best. Lack of warming a global phenomenon According to Kenneth, these new papers show that “nothing climatically unusual is […] 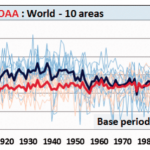 Share this… Facebook TwitterBrand new scientific findings in a just published paper by Lansner and Pepke Pedersen appearing in the journal of Energy and Environment cast global warming science into more uncertainty. The findings tell us that ocean cycles and their impacts have not been adequately accounted for in computing global temperatures. BEST approach “flat wrong” […] 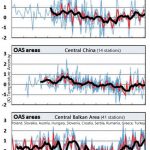 Share this… Facebook Twitter46 New (2018) Non-Warming Graphs Affirm Nothing Climatically Unusual Is Happening   Image Source: Lansner and Pepke Pedersen, 2018 During 2017, there were 150 graphs from 122 scientific papers published in peer-reviewed journals indicating modern temperatures are not unprecedented, unusual, or hockey-stick-shaped — nor do they fall outside the range of natural variability. We are […] 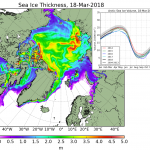 Share this… Facebook TwitterFrank Bosse and Prof. Fritz Vahrenholt look at the sun and oceans in their latest report here at Die kalte Sonne. The sunspot number for February 2018 was 10.6 and thus was some 30% below the meanfor this time into the cycle. At the moment solar activity is close to quiet. Solar cycle […] 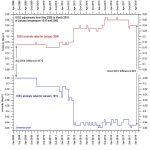 Share this… Facebook TwitterNASA’s Massive Adjustments: 1910-2000 Now 53%  Warmer Image Source: climate4you.com In the last 10 years, overseers of the NASA GISS global temperature data set have been busy utilizing cool-the-past-and-warm-the-present adjustment techniques to alter the slope of the overall warming trend. For example, as the climate4you graph illustrates above, there was a +0.45°C difference between the […]