Share this… Facebook TwitterThe German version of RIA Novosti reports that Russia hopes to gain more precise weather forecasts, new findings on global warming and improved exploration of new oil and gas reserves from its planned, new Arktika Satellite system. http://de.rian.ru/science/20100429/126119398.html The Arktika System, which is made up of 5 satellites,  is a whole new instrument […] 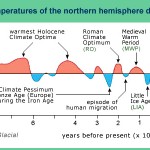 Share this… Facebook TwitterRudolf Kipp of http://www.science-skeptical.de/blog/deutsche-klimaforscher-starten-neuen-rettungsversuch-fur-ein-globales-klimaabkommen-die-klima-kopfpauschale/002480/  reports on the latest German plan to save the planet: Peak and Trade. This is my summary in English. Without a doubt the Copenhagen Climate Conference last December was a major flop. A treaty for reducing CO2 emissions could not find the support it needed. The conference was […]

Another Russian Scientist: Arctic Is Cooling

Share this… Facebook TwitterYet another Russian scientist believes the Arctic is set for cooling and thus increasing sea ice, this reported in the German version of the Russian online news RIA NOVOSTI (see links below). Scientist Vladimir Sokolov says: The warming that occurred in the Arctic has swung back to cooling and sea ice that […]

Share this… Facebook TwitterRecently Hollywood director James Cameron participated in a panel discussion together with economist Tom Friedman, actress Sigourney Weaver, and MSNBC’s Joe Scarborough. Cameron called Climate Change ‘As Great As The Threat’ U.S. Faced in World War II. To me, watching some Hollywood stars give advice on saving the planet is like watching […]

Posted in Lifestyles of the Rich and Alarmist

Share this… Facebook TwitterMany of us have made complaints about how the MSM is biased and reluctant to cover topics like Climategate and other scandals. Well take heart! People are waking up to the fact that they are being denied information and facts, and as a result they’re turning their backs on the main stream […]

Share this… Facebook TwitterDr Oleg Pokrovsky has kindly taken the time to provide further information on his recent remarks, which have been widely quoted. We thank him for doing so. He writes as follows and includes a link to a ppt. presentation (see below): Dear Colleagues, Thank you for discussion of my conclusions presented at recent […]

Share this… Facebook TwitterA new international agreement to replace the Kyoto environmental protocol will not be signed in 2010, the Russian presidential advisor on climate change has said. Read more: http://en.rian.ru/Environment/20100426/158743966.html On April 16, Russian President Medvedev said: All countries, including developed and developing economies, should reach an agreement, or, if we do not agree […]

Share this… Facebook TwitterMerkel No Longer Backs World Climate Treaty That’s the headline announcing a report in the upcoming issue of Der Spiegel. German Chancellor Angela Merkel is retreating from the objective of reducing global CO2 emissions through a binding global treaty. http://www.spiegel.de/spiegel/vorab/0,1518,691013,00.html.  …Merkel wants to avoid another debacle for Germany and Europe in the UN climate negotiations. According to Der […]

Worse Than We Thought

Share this… Facebook TwitterA few days ago I wrote a post about how Reuters wasted no time blaming the outbreak of a fungus disease in the U.S. Northwest and British Columbia on climate change: http://pgosselin.wordpress.com/2010/04/23/were-to-blame/. Of course this was just another example of wreckless media speculation and wishful thinking by those who simply can’t wait for the coming […]