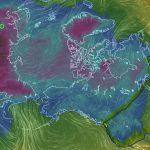 Widespread Siberian Cold, Area As Big As Half The USA Now Under 40° Below

Share this… Facebook TwitterI keep hearing how the Arctic is warmer than normal, and so it’s a sure sign of “global warming”. Yet I came across a chart earlier today showing conditions over Siberia, which of course is a vast region. What’s interesting is the extent and sheer depth of the cold that has gripped […] 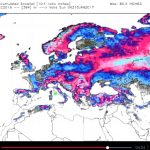 Share this… Facebook TwitterA couple of days ago I reported here how Joe Bastardi warned that Europe would soon be turning cold and wintry. Well, he hasn’t backed off at all from that forecast and appears to be gaining more confidence with it. Although the timing may have shifted about a bit , the overall […] 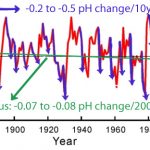 Share this… Facebook TwitterThe ocean “acidification” narrative that claims humans are gradually lowering pH levels in sea water with their CO2 emissions may rest on presumptions, hypotheticals, and confirmation bias — not robust, observational scientific evidence. A paper by Wei et al. (2015) published a year ago in the Journal of Geophysical Research effectively illustrates the […]

Share this… Facebook TwitterIt’s the paradox of the German Energiewende (transition to green energy): power exchange market prices are lower than ever before, yet consumers are paying the highest prices ever – with no stop in the increases in sight. Moreover, the more green electricity that is fed into the grid, the more coal that […] 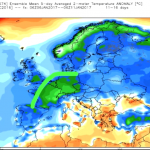 Share this… Facebook TwitterAt his Weatherbell Daily Update (12/26) veteran meteorologist Joe Bastardi issued an Arctic weather heads up for Europe after the New Year: Look at this in the 11 to 16. This is indicating that the models think there’s going to be a lot of snow on the ground in the UK and all through […] 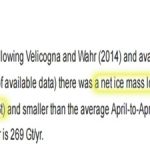 Share this… Facebook Twitter  About two weeks ago, NOAA released the annual version of their latest Arctic Report Card.  Of course, the usual media outlets peddled the requisite doomsday headlines when describing the report’s contents, deploying words like grim  and dire  and pedantically issuing a failing grade so as to paint a picture of an […] 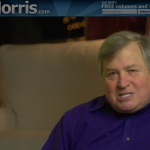 Share this… Facebook TwitterWhat follows is a political view from a person with lots of policy experience. He tells it the way he sees it. Image cropped from DickMorris.com Dick Morris is a former political strategist for President Bill Clinton, and a vocal critic of Hillary Clinton — no doubt with good reasons. Morris not only […]

Share this… Facebook Twitter2016 is coming to a close, and I’d like to wish all readers here a very Merry Christmas and all the best for the coming new year. What follows are some of the main highlights at NTZ in 2016. Overall visitor traffic increased a good 30% since the start of the year. […] 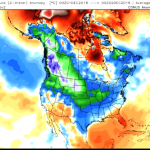 Share this… Facebook TwitterIf President-elect Donald Trump is looking for places to cut costs, he might want to take a look at the National Weather Service’s seasonal forecasting unit. Yesterday at the Daily Update over at Weatherbell Analytics, veteran meteorologist Joe Bastardi looked at the season forecasts, generated by billion dollar super-computers,  recently put out by […] 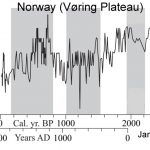 Share this… Facebook TwitterTwo fundamental tenets of the anthropogenic global warming narrative are (1) the globe is warming (i.e., it’s not just regional warming), and (2) the warming that has occurred since 1950 can be characterized as remarkable, unnatural, and largely unprecedented.  In other words, today’s climate is substantially and alarmingly different than what has […]

Share this… Facebook TwitterCoral reefs keep cool By Dr. Sebastian Lüning and Prof. Fritz Vahrenholt (German text translated by P Gosselin) Coral horror stories have long been among the favorites of the media. Lately, however, a number of journalists have been taking a closer look at the state of the coral reefs. A good example […]