What follows is a political view from a person with lots of policy experience. He tells it the way he sees it. 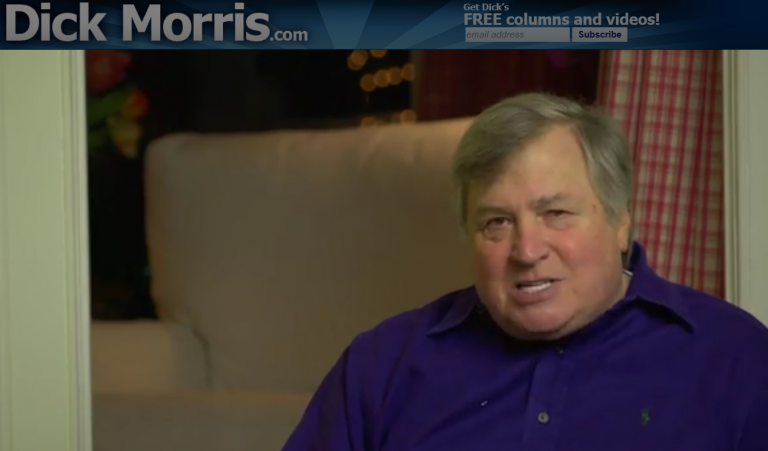 Dick Morris is a former political strategist for President Bill Clinton, and a vocal critic of Hillary Clinton — no doubt with good reasons.

Morris not only has a good knowledge of history, but of policy practicality as well. In the video, he takes a pragmatic view at what is feasible when it come to energy in the United States.

Not worth throwing sovereignty overboard

First Morris comes out saying he thinks the jury is sill out on climate science, acknowledging that humans and natural factors play roles in driving climate change – view that is held by many of the so-called skeptics. He emphasizes that climate change is a serious problem, but not one that warrants throwing freedom and sovereignty overboard.

In the transportation sector, Morris believes that the internal combustion engine will eventually yield to other technologies, such as hydrogen fuelled engines.

For manufacturing, Morris offers interesting statistics showing the great strides the US has made in reducing coal consumption for firing power plants, from over 55% some years ago to less than 40% today. He expects natural gas to surpass coal in the years ahead.

This progress is in large part due to the much greater supply and use of natural gas extracted from fracking. The technology has made a major contribution in cleaning up US energy production, no doubt. America has indeed made great strides in transforming its energy sector over the past two decades.

Renewable energy has only limited practicality

On renewable energy, Morris thinks that its use in the United States will be limited due to its impractical production and transmission. He scoffs at the idea of taking over the Danish model and imposing it on the United States.

Renewable resources will be appropriate only for certain areas, very few areas, and with heavy subsidies so that it can compete with market prices — the subsidies too expensive, the areas too limited. And so the environmentalists are saying, ‘Well, if you can’t have perfection, then let’s not improve the current system, let’s not replace coal with natural gas. Let’s replace it with renewable resources that are not practical, are not available, not economical.’ So keep our eye on the ball: reducing carbon emissions where possible. But don’t destroy the whole American economy and make us non-competitive with global economies simply because of it. It is a major problem, but it is not only or even the only major problem we face.”

Dick Morris has put up a series of videos on energy policy, see here.