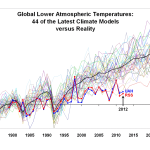 Lomborg: Getting One Inch Less Of Sea Level Rise By The End Of The Century Will Cost $500 Billion Annually!

Share this…FacebookTwitterGermany’s Süddeutsche Zeitung reports the latest development on the Umweltbundesamt (UBA) scandal. Recently Germany’s version of the Environmental Protection Agency (UBA) published a 120-page brochure that publicly named and branded renowned skeptic US and German journalists and scientists because they “did not conform to the level of climate science knowledge“. Minister of Bullying? Environment Minister Peter […] 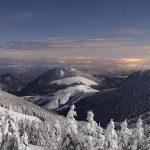 Share this…FacebookTwitterWhat follows is just a list media reports on the German Umweltbundesamt abusing its power by singling out, naming and defaming climate skeptics in a 122 page pamphlet that was funded by tax payers. It’s for your reference and hopefully it will help German readers. Photo right: German Environment Agency defamatory pamphlet When a […] 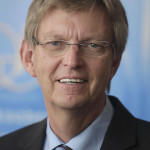 Share this…FacebookTwitterWell it looks like journalists are willing to go only so far when it comes to carrying water for Germany’s powerful Church Ministry of Environment, which oversees the Umweltbundesamt (UBA). The German Association of Journalists Chairman Michael Konken calls the UBA’s defamatory pamphlet targeting US and German journalists and scientists “unacceptable” and demands an […]

Share this…FacebookTwitterJust how radical has the environmental movement become in Germany? Well, to give you an idea, Germany’s Umweltbundesamt (Federal Environment Agency), or UBA, which is Germany’s version of the EPA, recently issued a 122-page pamphlet that fiercely defended the alarmists predictions of catastrophic global warming, and used harsh tactics to pillory skeptic US and German journalists […]

Share this…FacebookTwitterThe recent weather in Germany indicates everything but global warming and widespread drought, which climate experts have been telling us would be the case unless we stopped burning fossil fuels fast. Germany’s mean temperature trend continues falling sharply (1998 – 2012). 2013 so far is well below normal. (Source: Josef Kowatsch, data from German […] 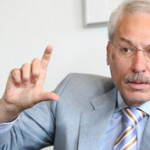 Share this…FacebookTwitter Germany’s version of the EPA, the Umweltbundesamt (UBA) unleashed a wave of outrage with the publication of a 123-page pamphlet dubbed: “And indeed it continues to warm – What’s behind the climate science debate” (background here). The government pamphlet defames and blacklists US and German climate skeptic scientists and journalists. Among those targeted is […] 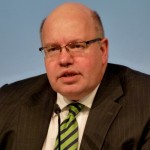 Share this…FacebookTwitterThe outrage over a defamatory pamphlet published by Germany’s version of the EPA, the Umweltbundesamt (UBA), has been spreading. The UBA is headed by Jochen Flasbarth, a former environmental activist with strong ties to Germany’s radical green party. It is a department within the German Ministry of Environment.   Merkel’s Environment Minister Peter Altmaier […] 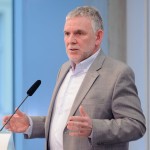 Share this…FacebookTwitterGermany’s version of the EPA, the Umweltbundesamt (UBA) and its hapless director Jochen Flasbarth have come under intense fire from much of the major German media for having published a pamphlet (background here) defaming and black-listing US and German climate skeptic scientists and journalists. The number of articles harshly criticising the German UBA’s heavy-handed […]