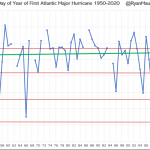 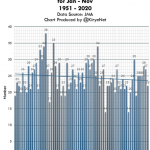 Share this…FacebookTwitterIf CO2 is a factor in cyclone formation, like some scientists suggest, then the data tell us the life-giving gas is more a brake than an accelerator.  There’s been lots of media hype about more tropical storms, which experts suggest are in part due to man-made Co2-induced global warming. Cut the CO2, and the […] 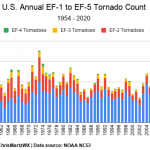 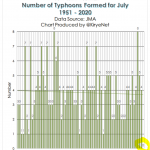 Share this…FacebookTwitterThis year is the first time since 1951 the Pacific sees no typhoons in the month of July. Typhoons have seen downward trend since 1951.  By Kirye and Pierre Gosselin Global warming alarmists like to claim that tropical storms will intensify and become more frequent unless people stop using fossil fuels. And recently these alarmists […] 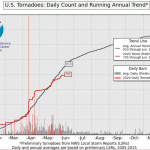 Share this…FacebookTwitterAccording to global warming catastrophists, climate change is good for everything that’s bad, and bad for all that is good. So not surprisingly, many have been claiming for years that tornadoes will become ever stronger, more frequent and so devastating that we’ll be sorry for not listening. But as many of us are finding […] 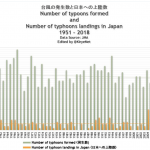 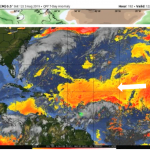