Share this… Facebook TwitterProfessor Emeritus Nils-Axel Mörner, one of Sweden’s most distinguished climate scientists, has published a paper in the now forbidden Pattern Recognition Physics journal (PRP). His paper warns that the earth may see little ice age conditions by 2030. No wonder the climate establishment mobilized to shut down the PRP special edition! The peer-review […]

Share this… Facebook TwitterAbsurd PIK construct on the verge of extinction: North American cold spell in January 2014 was not the result of global warming By Sebastian Lüning and Fritz Vahrenholt Translated, edited by P Gosselin Earlier this year the USA was tested by unexpectedly cool temperatures. Die Welt summed up the situation on January […]

Marc Morano’s Knockout Question: “Who Is Bill Nye To Tell Them They Cannot Have More Carbon-Based Energy?”

Share this… Facebook TwitterIt’s becoming very clear that the real thrust behind the anthropogenic global warming movement is the systematic denial of cheap, efficient energy for the poor world so that they never attain a standard of living that developed countries have long been enjoying. Bill Nye confirms it in a debate with Marc Morano on […]

Share this… Facebook TwitterThere’s a blackout within the mainstream media in Germany. If one googles “Kältewelle USA” (cold wave USA), a common term used by Germans to describe a spell of cold weather, only 6 sites are offered for the last 24 hours! One example is from the German online FOCUS magazine. It presents 2 […]

Share this… Facebook TwitterAs much as an entire array of forces attempted to prevent it, the PRP special edition journal with its 12 peer-reviewed papers that offer an alternative explanation on what contributes to driving climate is coming out – and how! Ironically, the intense efforts to silence the journal have backfired – the special […]

Schellnhuber: “The Fire That Burned In President Barroso Is Pretty Much Out … Appears Exhausted”!

Share this… Facebook TwitterHans-Joachim Schellnhuber, often regarded in Europe as the Pope John of climate change, has an interview in German flagship political daily the Frankfurter Allgemeine Zeitung (FAZ). Schellnhuber is often regarded as the father of the 2°C limit the UN and warmists keep talking about. To not exceed the 2°C warming limit, Schellnhuber […]

Share this… Facebook TwitterScience journalist Axel Bojanowski at the online Spiegel writes a report on the warming stop, reaffirming that it indeed has stopped for 16 years. But at the same time the article says, citing NASA, we that could see a record warm 2014. The heat is out there, somewhere. Interestingly, Spiegel now says […]

Quote Of The Week: From Willis Eschenbach…Whines He’s Been Attacked…Preaches Ethics, Proper Behavior!

Share this… Facebook TwitterWillis Eschenbach is starting to remind me of Michael Mann, the global-warming obsessed alarmist who tries to destroy everyone while crying like a little sissy as soon as someone criticizes back. Willis commented here: Finally, attacking me for what I said, without using my name and without quoting what I said? Really? Is […] 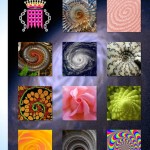 Share this… Facebook TwitterUPDATE: Eschenbach whines…about being attacked! He comments below: Finally, attacking me for what I said, without using my name and without quoting what I said? Really? Is this your idea of proper behavior?”  Can you believe it! ======================= Hopefully this will be my last word on this matter. Christopher Monckton, 3. Viscount Monckton […]

Share this… Facebook TwitterIPCC 1990: “No convincing evidence that sea level rise accelerated in the 20th century” By Dr Sebastian Lüning and Prof Fritz Vahrenholt (Translated, edited and condensed by P Gosselin) In recent posts we examined sea level rise, and in our last segment here we will look at the current sea level rise […]