Share this… Facebook TwitterAbout 10 days ago a press release by the Alfred Wegener Institute gave readers the impression that the Arctic sea ice would keep on melting. In response I sent e-mails to the two scientists cited in it, Marcel Nicolaus and Lars Kaleschke, and asked if they would advise a bet on it. […] 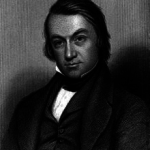 Climate Change Delusion Has Always Been Popular Throughout History…And A Money-Making, Power-Grabbing Scam 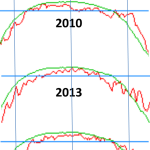 Share this… Facebook TwitterThe North Pole region north of 80°N, monitored by the Danish Meteorological Institute (DMI) since 1958, has in 2014 seen yet another colder-than-normal summer, placing it in the Top 4 coldest since the DMI started monitoring in 1958. The chart below shows the four coldest summers: 2009, 2010, 2013 and 2014. Temperature vs […] 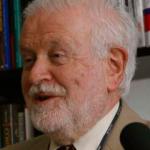 Share this… Facebook Twitter Very few have shaped the climate science debate and forced the unwanted discussion on climate change like Prof. S. Fred Singer has. Photo: Heartland Instiute One of the differences I’ve noticed between the USA and Germany is how birthdays are regarded and celebrated, especially the “round ones” ending with a zero, […] 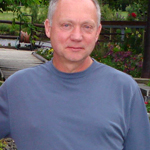 Share this… Facebook TwitterIn today’s post you will find a Russian National Television film below, viewed only 70 times so far at Youtube, where Russian scientists express doubt on the IPCC’s version of the CO2 story, and warn of a coming cold period. It is the kind of film alarmists do not want the public […]

Forbes: “Energiewende Is The Worst Possible Example Of How To Implement An Energy Transition”

Share this… Facebook TwitterForbes summarizes Germany’s Energiewende: It’s tragicomic. To summarize: Energiewende is the worst possible example of how to implement an energy transition. The overzealous push for the wrong generation technology has hurt citizens, businesses, and the environment all at the same time. I want to make it clear that I’m not saying we should […]

Share this… Facebook TwitterAbout 10 days ago Germany’s Alfred Wegener Institute (AWI) put out a press release on global sea ice. In it AWI scientist Marcel Nicolaus and Lars Kaleschke of the Hamburg Cluster of Excellence for Climate Research (CliSAP) confirmed the “long-term downward trend in the Arctic.” Somewhat annoyed by that conclusion, I sent the […]

Share this… Facebook TwitterThere was a time when Germany’s power was mostly generated by the traditional sources of coal, nuclear, oil, natural gas and hydro. These sources were reliable and keeping the power grid under control was a routine matter. Germany’s power grid was among the most stable worldwide. But then came Germany’s renewable energy […]

Share this… Facebook TwitterSpiegel science journalist Axel Bojanowski, an educated geologist, presents an article today at the online Spiegel explaining how the once highly ballyhooed “97% consensus” claim is in fact deceptive and “a half-truth”: Failed Scientists’ Call To Action at UN Climate Conference: The 97 Percent Trap. Bojanowski begins by describing how last year […]

Share this… Facebook TwitterOnline German daily Bild, the world’s sixth largest daily in print by circulation, reported on the climate demonstration in New York and on the stars who appeared, foremost Leonardo DiCaprio. At first Bild describes the event as the “largest climate demonstration of all time” and how the event drew more than 300,000 […]

Posted in Activism, Lifestyles of the Rich and Alarmist | 6 Responses

Spiegel: False Extinction Claim “A Problem For British Royal Society”…IPCC “Credibility In Question More Than Ever”!

Share this… Facebook TwitterSpiegel science journalist Axel Bojanowski writes here about the grave error committed by the British Royal Society’s in its false claim that the Rhachistia aldabrae snail had gone extinct and that it had been due to global warming. Full story here in English. Hat-tip: Reader DirkH. Bojanowski calls the news of the extinction […]