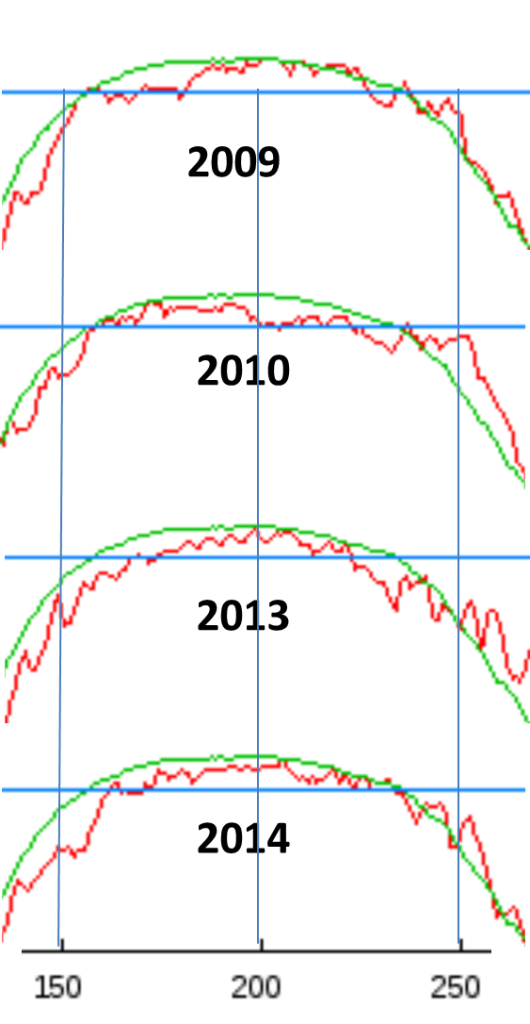 Temperature vs calendar day for the 4 coldest summers above 80°N latitude. Blue horizontal line is 0°C . Four of the last six Arctic summers have been the coldest on the DMI record. Graphics snipped from the dmi.dk.

Arctic summers can be examined going back to 1958 using data from the Danish Meteorological Institute here. The 4 coldest Arctic summers have all occurred in the last 6 years. Not even the summers of the 1960s were colder.

It’s obvious that ice melt involves a lot more than just surface atmospheric temperature, and claims it is due to greenhouse gases are misleading and naïve. Other major factors involved are ocean cycles and weather and wind conditions.

From 1980 to 2000, both the AMO and PDO saw warm phases, and so the Arctic ice melt of the late 2000s was likely a reaction to the warmth. The PDO has since flipped to its cooler phase and the AMO is starting its entry into its cool phase. Many experts are expecting an Arctic summertime sea ice recovery over the next 2 decades.

Even Arctic sea ice experts are now backing off their projections of continued sea ice decline over the next 20 years, see here.

Not only the North Pole is cooling, but so is the South Pole, which has been smashing record highs for sea ice extent a second year in a row, see here. Global sea ice has been slightly above average for almost 2 years now, thus flying in the faces of alarmists who obstinately cling to the belief of a warming planet.