Climate Change Delusion Has Always Been Popular Throughout History…And A Money-Making, Power-Grabbing Scam

Climate Change As A Popular Delusion
By Ed Caryl 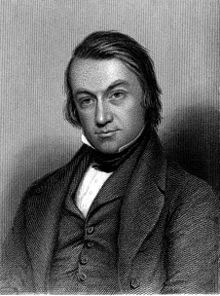 “No offense to those crazy appointed sages of Greece,
In this world there is no perfect wisdom;
All men are fools, and despite all their care
is differentiated as the more or less.”
BOILEAU

From: The title page, Charles MacKay (portrait above). Memoirs of Extraordinary Popular Delusions and the Madness of Crowds (Kindle Location 1046). Published in London, 1852. Available free in your chosen format here. Image from Wikipedia Commons, here.

My wife asked me the other day if there were other examples in history of the Climate Delusion presently infecting the world. I immediately thought of the above famous work from the Nineteenth Century, though I had not read it in its entirety until now. I downloaded the Kindle edition and will be quoting it extensively. MacKay devoted two volumes to the history of this phenomenon, though he said he could have devoted 50.

The present may be considered more of a miscellany of delusions than a history— a chapter only in the great and awful book of human folly which yet remains to be written, and which Porson once jestingly said he would write in five hundred volumes!” (Kindle Locations 1152-1153)

Every age has its peculiar folly; some scheme, project, or phantasy into which it plunges, spurred on either by the love of gain, the necessity of excitement, or the mere force of imitation. Failing in these, it has some madness, to which it is goaded by political or religious causes, or both combined.” (Kindle Locations 6961-6963).

Most of the delusions MacKay describes somehow involve money. Many describe financial “bubbles” like Tulipomania, the South Sea Bubble, and the Mississippi stock scheme. Mesmerism/Magnetisers and Alchemy made money for the direct practitioners. Pilgrimages to the Holy Land profited the Islamists for hundreds of years until the crusading knights attempted to retrieve the treasure. Whole forests of oaks were reduced to fragments of the True Cross and imported to Europe at huge expense.

In many of these delusions, the practitioners, as well as those practiced upon, were themselves deluded. This was especially true for those delusions associated with the practice of medicine such as the Magnetisers. These practices probably held back the advancement of medicine for many years. Alchemy both advanced and retarded the study of chemistry, leading practitioners into blind alleys and dead ends in search of the “Philosopher’s Stone,” but developing equipment and techniques that would be later used to advance the science.

The parallels with Climate Science are clear: the delusions of the “97%” climate scientists leads to cherry-picking of data and confirmation bias that poison all the work. The bias is driven constantly by the knowledge that only “correct” answers will keep the paycheck coming. In an ancient example from MacKay, Kepler:

In sending a copy of his Ephemerides to Professor Gerlach, he wrote, that they were nothing but worthless conjectures; but he was obliged to devote himself to them, or he would have starved.” (Kindle Locations 5632-5633).

Why don’t the climate scientists see the error of their ways? They sometimes do; usually after retirement, when the press of money no longer holds, or when they are in a position of safety.

Men, it has been well said, think in herds; it will be seen that they go mad in herds, while they only recover their senses slowly, and one by one.” (Kindle Locations 1143-1144).

So it is not surprising that we see some older and wiser heads in Climate Science, one by one, leaving the clique. So, why the constant projections of calamity from Climate Science? Here too, MacKay has an answer:

Omens. Among the other means of self-annoyance upon which men have stumbled, in their vain hope of discovering the future, signs and omens hold a conspicuous place. There is scarcely an occurrence in nature which, happening at a certain time, is not looked upon by some persons as a prognosticator either of good or evil. The latter are in the greatest number, so much more ingenious are we in tormenting ourselves than in discovering reasons for enjoyment in the things that surround us. We go out of our course to make ourselves uncomfortable; the cup of life is not bitter enough to our palate, and we distil [sic] superfluous poison to put into it, or conjure up hideous things to frighten ourselves at, which would never exist if we did not make them.” (Kindle Locations 5742-5746).

The mountaineer makes the natural phenomena which he most frequently witnesses prognosticative of the future. The dweller in the plains, in a similar manner, seeks to know his fate among the signs of the things that surround him, and tints his superstition with the hues of his own clime. The same spirit animates them all— the same desire to know that which Infinite Mercy has concealed. There is but little probability that the curiosity of mankind in this respect will ever be wholly eradicated. Death and ill fortune are continual bugbears to the weak-minded, the irreligious, and the ignorant; and while such exist in the world, divines will preach upon its impiety and philosophers discourse upon its absurdity in vain.” (Kindle Locations 5849-5852).

Is there no hope? Are we doomed to live in fear of the future? Will the doomsayers win? The above quote continues:

Still it is evident that these follies have greatly diminished. Soothsayers and prophets have lost the credit they formerly enjoyed, and skulk in secret now where they once shewed their faces in the blaze of day. So far there is manifest improvement.” (Kindle Locations 5852-5854).

As the predictions of the modern climate soothsayers fall into repeated failure, so will climate science slowly improve. One by one, the workers in this field will correct their errors. Some will fall from a great height and be destroyed. Some will suffer large and small epiphanies and ease into the light.

Like Churchill said, “Now this is not the end. It is not even the beginning of the end. But it is, perhaps, the end of the beginning.”

8 responses to “Climate Change Delusion Has Always Been Popular Throughout History…And A Money-Making, Power-Grabbing Scam”