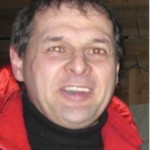 Share this… Facebook TwitterAnd with that, many many heartfelt thanks to all the readers, partner blogsites and guest authors. NoTricksZone is something I do on the side as a hobby. One I admit that has consumed far more time than I ever bargained for and has morphed into an unshakable obligation to write a post every day. […]

Share this… Facebook TwitterHow often have we heard the alarmists say “one cold winter is not climate” but then claim that a single tornado or a few days of hot weather are ominous signs of global warming? Yesterday the German Press Agency (DPA) had an interview with Potsdam Institute for Climate Impact Research climate scientist […]

Share this… Facebook TwitterThe German print weekly FOCUS has a short article on the inside workings of climate research funding (see below, right). It appears there’s a good ol’ boys network between the German Environment Ministry and the Potsdam Institute for Climate Impact Research – one that apparently violates the laws for awarding research contracts. The […]

Share this… Facebook TwitterAntarctic Shelf-Ice More Stable Than Thought: Potsdam Alarm Stories Becoming Obselete By Dr. Sebastain Lüning and Prof. Fritz Vahrenholt (Translated/edited with permission by P. Gosselin) The Antarctic ice shelf is made up of huge ice sheets that float on the ocean and are firmly connected to the mainland ice cap. There are […]

Share this… Facebook TwitterHans Labohm sent an e-mail with sad news: Swiss scientist Peter A Ziegler has passed away. Professor Dr Dr Peter A. Ziegler, 1928 – 2013. Photo credit: Ziegler family archive, GNU Free Documentation License. Prof. Ziegler made a tremendous contribution to the fields of geology, energy, climate and our understanding of how the […]

Share this… Facebook TwitterThe last few days German meteorologists and media have been falling all over themselves in forecasting a possible ALL-TIME record high to hit Germany today. The current all-time high is 40.2°C set in 2003. Well, it’s now 3 pm and so let’s look how close we are getting to setting that new, […] 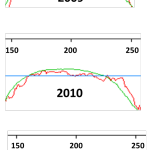 Share this… Facebook TwitterThe Arctic, we are told, is the canary in the climate coal mine. No place on the planet is supposed to warm faster. As global warming takes hold, we are really supposed to see it at the Earth’s poles. If that’s true, then we should really be opening up our minds to […]

Share this… Facebook TwitterEarlier in the week news poured out from the media about a commentary appearing in Nature by Gail Whiteman, Chris Hope, and Peter Wadhams, who claim that methane released by “thawing permafrost beneath the East Siberian Sea, off northern Russia, alone comes with an average global price tag of $60 trillion in […] 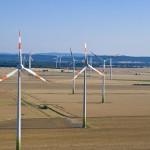 Share this… Facebook TwitterIf you’re like me, some of you will recall that old favorite tune the old man used to listen to on AM radio back in the 60s and 70s: “Lazy-Hazy-Crazy Days Of Summer. Germany’s 31 gigawatt capacity wind parks have been idled by weeks of summer wind doldrums, causing spot market electricity prices to […]

Joe Bastardi Saturday Summary On July Temperature: “The Globe Is Below Normal”

Share this… Facebook TwitterTis the season for global warming alarmists to scour the globe in search summer heat waves – to parade as proof of global warming. In Central Europe we are currently having a sort of a heat wave with temperatures near 90°F (32°C). The forecast for the weekend calls for higher, perhaps all-time […] 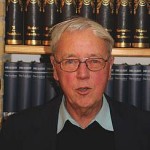 Share this… Facebook TwitterMeteorologist Klaus-Eckart Puls of the European Institute for Climate and Energy (EIKE) recently was interviewed by German trade journal Welt der Fertigung (World of Production) on the subject of climate change. Since global temperatures have not increased in 15 years, doubts about anthropogenic global warming are now seeping into the fields of […]

Share this… Facebook TwitterHere I am not talking about man, as in mankind, but men, i.e. males. In the German state of Bavaria, children of the advanced secondary schools, aged 13-14, are required to take a reading comprehension test. The text used to do this is a report about climate change titled: “Ist der Klimawandel ein […]