The Arctic, we are told, is the canary in the climate coal mine. No place on the planet is supposed to warm faster. As global warming takes hold, we are really supposed to see it at the Earth’s poles. If that’s true, then we should really be opening up our minds to the real possibility of a cooling planet because summertimes at the North Pole are cooling. 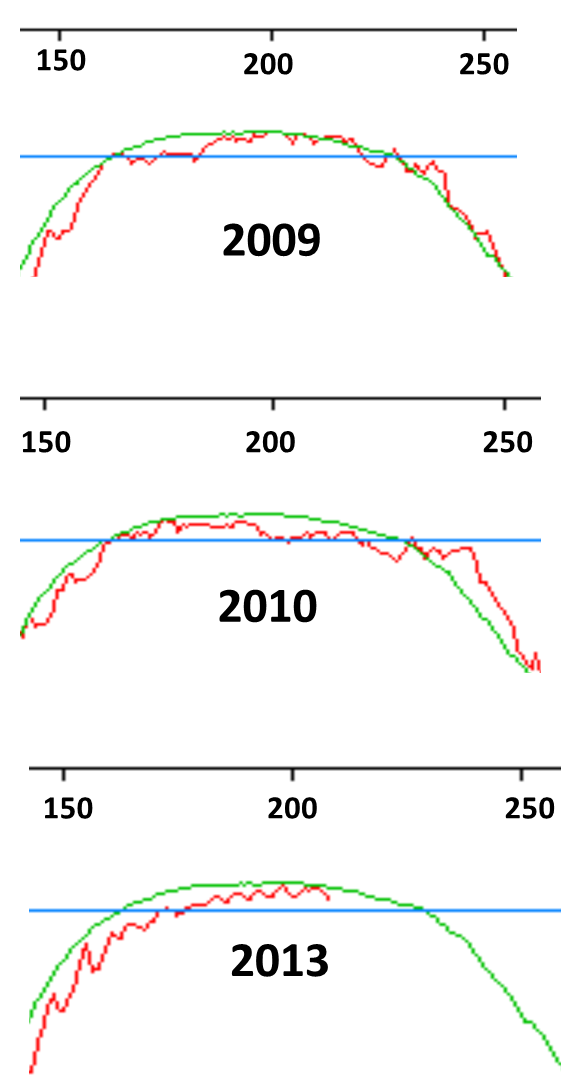 Three of the last five Arctic summers have been the coldest on record. Graphics snipped from the dmi.dk.

Arctic summers can be examined going back to 1958 using data from the Danish Meteorological Institute here. It turns out the 3 coldest Arctic summers have all occurred in the last 5 years. Not even the summers of the 1960s were colder. 2013 still has about three weeks to go, yet the forecasts show that it’s place in the record books is pretty much secured.

So why has Arctic sea ice extent reached record lows over the past 5 years, we might ask? Sea ice melt involves a lot more than just surface atmospheric temperature. Historical records show that a major force is ocean cycles. From 1980 to 2000, both the AMO and PDO saw warm phases, and so the Arctic ice melt was likely caused by the warmer surface sea water. But now that the PDO has flipped to its cool phase and the AMO is transitioning to its cool phase, we can expect the Arctic to begin its recovery over the next 2 decades – just like it did during the 1950s and 60s. There’s likely a decade or so lag between Arctic surface temperatures and sea ice coverage.

I’d bet a good bottle of Scotch that we’ll be seeing a rising Arctic sea ice trend over the next 10 years.

Finally, not only the North Pole is chilling out, but so is the South Pole, which has been setting record highs for sea ice extent. See here.