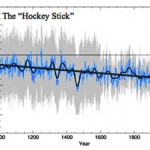 Share this… Facebook Twitter German journalist Günter Ederer has a piece at the online Fuldaer Zeitung called The Electricity Bill Is Going Up And Up. Hat-tip Detmar Doering. Politicians in all parties in Germany, from the communists to the conservatives, and everything in between, are all racing to be the first to jump off the […]

Share this… Facebook TwitterWhat is Europe to do? The old continent wants to save the world but it seems no one wants to play along. Before the summer, there seemed to be some hope the USA could pass a climate rescue bill with President Barack Obama and the Democrat-held Congress. But that hope has all but completely […]

Share this… Facebook Twitter  Is paranoia contagious? It seems so in certain circles. Like fear, it begins with one, and then spreads like wildfire. Yesterday I wrote about Professor Stefan Rahmstorf’s hissing and fitting reaction to a piece written by EIKE, the humble sceptic organisation that had the audacity to bring up one of Rahmstorf’s […] 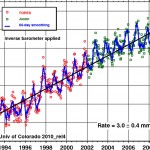 Share this… Facebook TwitterWe want to be fair, and so I’m obligated to inform readers that Professor Stefan Rahmstorf, has testily replied to EIKE’s report, which I wrote about just 2 days ago. Rahmstorf retorts at his website: Headlines From Absurdistan here. First, recall that Rahmstorf is that alarmist scientist who projects an oddball sea level rise […]

Share this… Facebook Twitter I’ve just read the latest climate horoscope at the Hannoversche Allgemeine Zeitung website, which delivers them almost daily. The latest one comes from the fortune tellers and scryers at the Massachusetts Institute of Technology, led by psychic Paul O’Gorman, now available at the PNAS here. The latest horoscope foretells that (later) in the […]

You Want Me to Believe What?

Share this… Facebook TwitterGuest writer Ed Caryl, author of One Of Our Hemispheres Is Missing and A Light In Siberia, now brings us his latest essay. ——————————————————————————————————————– You Want Me To Believe What? By Ed Caryl The proponents of Anthropogenic Global Warming claim that man’s use of fossil fuels has released extra carbon dioxide (CO2) into […]

Share this… Facebook TwitterThe Moving Finger writes; and, having writ, Moves on: nor all thy Piety nor Wit Shall lure it back to cancel half a Line, Nor all thy Tears wash out a Word of it. – Omar Khayyám Scratch off the Potsdam Institute For Climate Impact Research from the alarmist list. No kidding! […]

Share this… Facebook TwitterThe Science Skeptical Blog here has released some fascinating results from Hans von Storch’s Klimazwiebel blogsite’s survey here. Although the survey is not representative, 578 valid participants from 28 countries took part and interesting results have been produced. Here are the most interesting results: 1. Climate science skeptics have been involved in the […]

Share this… Facebook TwitterA Swiss report appearing at www.20min.ch claims that the extraction of groundwater for communities and agriculture is adding massively to global sea level rise. According to a yet to be published paper by the America Geophysical Union, 2000 cubic km of freshwater are consumed yearly – with 1500 cubic km coming from […]

Share this… Facebook TwitterThe Portuguese sceptic site Ecotretas has a piece today called Not so fine Mr Gore which features a video clip of Al Gore making a speech before a crowd, predominantly businessmen. Gore seems to think that Portugal’s economy is on the right track and is coming out of recession. Far from it. In fact, Portugal’s economic […]