Share this… Facebook TwitterThis is how ZDF German Public television envisioned how life in the year 2000 could appear back in 1972. Hat-tip Michael Miersch here. Part 1 (Youtube video): Living and going to work ( The first part shows a man named Mr B living in a futuristic, electronic apartment. In the year 2000 people have […]

The Japan That Says No; Rejects Carbon Trading – “Major Setback”

Share this… Facebook TwitterJapan has decided to back out of carbon trading, likely from intense pressure from industry. This will no doubt disappoint many in organized crime, read here and here. According to the online Environmental Leader: A September survey of Japan’s largest business lobby group, found that 95% of companies surveyed oppose carbon trading, citing competition from […]

Share this… Facebook TwitterSweden’s English language The Local has the following headline today: Coldest December in Sweden in 110 years The last few days of the year look to be very cold throughout Sweden, according to a forecast by the Swedish meteorological agency SMHI. This means that several parts of Sweden, including the southern region Götaland and […] 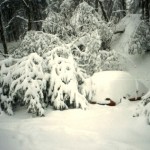 Share this… Facebook TwitterAs winters get harsher and the snow piles up, more and more scientists are now warning of global cooling. Reader Matt Vooro has compiled a list (see below) of 31 prominent scientists and researchers who have words that governments ought to start heeding. UPDATE: Another one for the list – Professor Paar, […]

Share this… Facebook TwitterHat tip: Readers Edition. Michael Krüger at skeptic site Readers Edition brings our attention to an interview (in German) with skeptic scientist Professor Werner Kirstein of the Institute for Geography at the University of Leipzig on MDR German Public Radio. (Expect MDR to receive hellfire and brimstone for daring to air such blasphemy). […]

Share this… Facebook TwitterSo forget the Met Office and PIK, who have proven themselves to be quite the laughing stocks. All that good money flowing into these institutions, and such rubbish coming out. Meteorologist Karsten Brandt of German weather service company donnerwetter.de provides us with an outlook for 2011 and the next 10 years ahead. […]

Share this… Facebook TwitterOh the irony! Potsdam is the home of the alarmist Potsdam Institute for Climate Impact Research, headed by Professor Hans-Joachim Schellnhuber and Stefan Rahmstorf, who has been very busy lately trying to convince the rest of the world that the cold is due to the warming, at least that’s what his models are saying […]

Share this… Facebook TwitterAnyone know a good copyright attorney interested in splitting awards 50/50? I wonder how many bloggers know what the symbol to the left means? Seems like there are some that don’t. No, it doesn’t mean Christmas! I really wish I didn’t have to write this. But I feel compelled to do so. I’ve […]

Merry Christmas To All NTZ Readers And Visitors!

Share this… Facebook TwitterI found this comment from a reader who calls him(her)self “wordsmith”, posted under my “Contact” sidebar. Because it’s Christmas Eve and things are a little hectic, I thought maybe some readers could give me a hand and help out this poor warmist. Here’s his(her) comment: It’s amazing to me when I hear […]

PIK And GISS Bring Science To The Superstitions of The Little Ice Age. A Needed Lesson On Fear And Ignorance

Share this… Facebook TwitterReader Bernd Felsche reminds us of this excellent post by Christoper Hitchens here, which is indeed worth bringing up again today, particularly in light of the dark closed minds that have lately attempted to claim that no matter what the weather does today, man is the culprit. An identical mindset infected so called leading […]