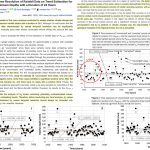 Share this… Facebook TwitterFailure to correct the “coarse temporal resolution” of  pre-1970s maximum daily rainfall data changes the sign of trend analysis from slightly positive to solidly negative in the last century (1921-2020). Those who ascribe to the position that humans can control the weather by engaging in fossil-fuel related activities (such as using planetary-heating […] 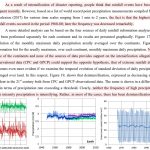 Share this… Facebook TwitterSingle family homes, thermal insulation are not sustainable, says architecture publicist.  Everything is bad for the climate, and so everything needs to be regulated or restricted. That’s how the whole scam works. COVID shows that if you can successfully spread fear and a sense of crisis, then you’ll be able to get […]

In The 1700s It Was Said Women Cause ‘Unnatural’ Weather. Now Mainstream Science Says Men Do Too.

Share this… Facebook TwitterIt used to be thought that women were “indeed responsible for the weather” (extreme temperatures, storms, “unnatural” precipitation, etc.). Those women thought guilty of “weather-making” were imprisoned and burned at the stake. Mainstream science has advanced since then. Now it’s believed men (and children) also cause extreme weather and climate. Believing CO2 […]

Posted in Alarmism, CO2 and GHG, We're To Blame | 8 Responses

Share this… Facebook TwitterDictatorship for a good cause…the march to tyranny: The public can be convinced “to accept even the most serious encroachments on fundamental rights,” writes a German public law professor, state high court judge at his blog. Like the corona crisis, in the face of the climate crisis it’s time to seriously encroach […]

Share this… Facebook TwitterPIK under fire: Concept of a climate-caused mass migration not tenable By Kalte Sonne (German text translated/edited by P Gosselin) We keep hearing again and again how climate change is one of the main causes of migration. But when you ask those affected whether the climate in their home country was the […] 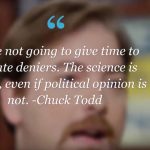 Share this… Facebook TwitterNBC News’ Chuck Todd recently asserted that we humans can control the climate and the frequency or intensity of extreme weather events (hurricanes, floods, droughts) and disasters (wildfires) with our CO2 emissions. He has declared the science is “settled” on this point and therefore no “denier” is allowed on his Meet the […]

Geologists: No Link Between Climate Warming And Rock Slides in European Alps!

Share this… Facebook TwitterClimate alarmists rush to blame every natural disaster on global warming. Recently they blamed a massive rock slide in Switzerland on a warming planet. Yet, geologists say there’s no link. Hat-tip: Die kalte Sonne. Last year, August, 2017, a massive rockslide occurred on the north flank of the Piz Cengalo (3369 m) in […] 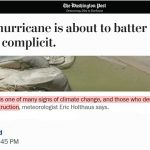 Share this… Facebook TwitterThe peer-reviewed scientific literature robustly affirms that land-falling hurricane frequencies and intensities have remained steady or declined in recent decades.  So have droughts, floods, and other extreme weather events.  But the editorial board of The Washington Post spurns this scientific evidence and inexplicably blames politicians and “those who deny” climate change for landfalling […] 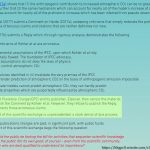 Share this… Facebook TwitterA 2017 peer-reviewed paper authored by physicist Dr. Hermann Harde drew considerable response upon its publication in the journal Global and Planetary Change.  Harde’s conclusion that less than 15% of the increase in CO2 concentration since the 19th century could be attributed to anthropogenic emissions was deemed unacceptable by gatekeepers of the anthropogenic […]

Share this… Facebook TwitterMunich Re stumped: wonders why damages from natural catastrophes have fallen dramatically By Dr. Sebastian Lüning and Prof. Fritz Vahrenholt) (translated/edited by P Gosselin) One of the most often named consequences of climate change is the prognosticated increase in extreme weather damage. At the forefront stood the insurance companies which loudly warned […]

Share this… Facebook Twitter Source: http://www.woodfortrees.org/plot/rss/from:2015.4/to:2017.1/plot/rss/from:2015.4/to:2017.1/trend “Climate models are unable to predict extreme events because they lack spatial and temporal resolution. In addition, there is no clear evidence that sustained or worldwide changes in extreme events have occurred in the past few decades.”    —- IPCC AR4 (2007) Section 8.3.9.3  Page 232 According to no less […]