Share this…FacebookTwitterIf Germany had recorded a record 5 warmer winters in a row, people would be reading and hearing about it for days without end. However, just the opposite has occurred: Germany has now experienced 5 colder than normal winters in a row – “a record” – now made official by the German Weather Service (This winter 0.6°C […] 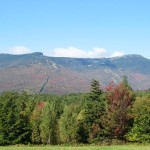 Share this…FacebookTwitterAnd if they can’t put the wind turbines up on ridgelines, there aren’t too many other places they could be put in Vermont. I guess developers could try putting them “offshore” on Lake Champlain – yeah, right. That would be as stupid as putting them on mountain ridgelines. Vermont; photograph taken by Jared C. […]

Von Storch Blasts Climate Scientists: Not The “Keepers Of The Truth” – Says They “Oversold” The Science

Share this…FacebookTwitterLast week German meteorologist Dominik Jung openly wondered what had happened to all the warming, pointing out that Germany was suffering from its fifth consecutive colder than normal winter – a record! Earlier this month renowned meteorologist Prof. Dr. Horst Marlberg announced that global warming was finished, and that cooling was ahead for the next […] 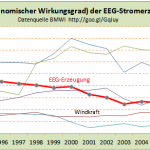 Share this…FacebookTwitterEvery good manager knows that economic success and environmental protection only get achieved when resources are used efficiently and wisely. It makes little sense to buy a huge machine that can run only 20% of the time when you can get the job done using a much smaller machine that runs 100% all the […]

Share this…FacebookTwitterUPDATE: This story has only been confusion. It appears the new record was never set. Now it seems the source has been the Daily Mail, a story they wrote in January. Other outlets picked up on it, and information seems to have gotten lost and changed along the way. The Mail writes the -71.2°C reading was […]

Share this…FacebookTwitterA new working paper titled Climate Skeptics In Germany And Their War Against The Energy Revolution by the Department of Political Science, Faculty of Social Sciences, University of Vienna, written by Dr. Achim Brunnengräber of the University of Berlin Department of Political Science, has just been released. What’s a bit surprising is that the Catholic […]

Share this…FacebookTwitterEffective January 1, 2013, oil-burning and natural gas furnaces in new homes are forbidden in Denmark. And beginning in 2016, homeowners will not be allowed to replace their old, existing gas or oil burning furnaces with a new one. Hat-Tip: Readers Edition.de/. Read here, in English. If you think the green movement has gone […] 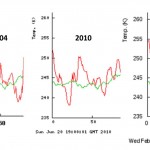 Share this…FacebookTwitterLooking at the temperature chart of the Danish Meteorological Institute, we see that the Arctic above 80°N has turned quite frosty. The polar bears are probably the only ones enjoying it. Chart above shows the years 2004, 2010, and 2013. Source: http://ocean.dmi.dk/arctic/meant80n.uk.php. Checking the charts from the years before, we see that today’s Arctic […]