Looking at the temperature chart of the Danish Meteorological Institute, we see that the Arctic above 80°N has turned quite frosty. The polar bears are probably the only ones enjoying it. 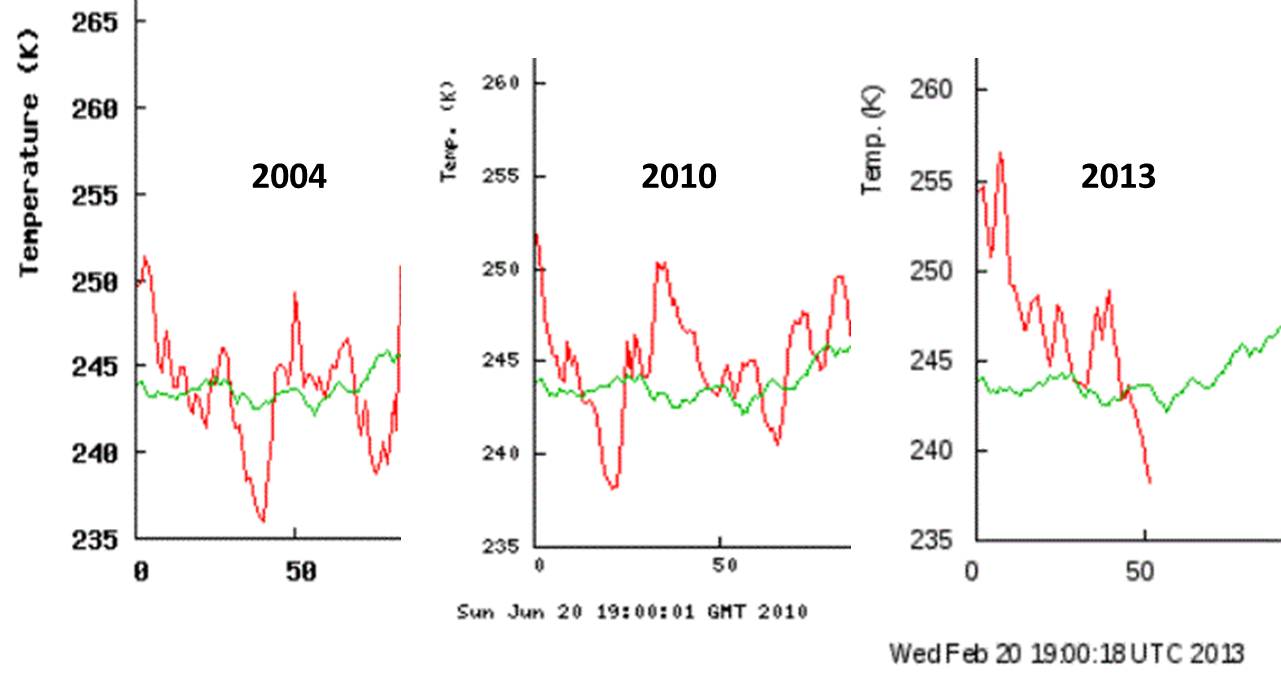 Checking the charts from the years before, we see that today’s Arctic temperature is a hair lower than the low of 2010 (it’s very close), and is thus the lowest since 2004. At Twitter a couple a days ago I think it was Ryan Maue who said that the Arctic was in for a cold snap, and so it’s possible temperatures above 80°N may even drop further before this ends.

Will be interesting to watch in the days ahead. I wonder if they’ll blame it on warming.